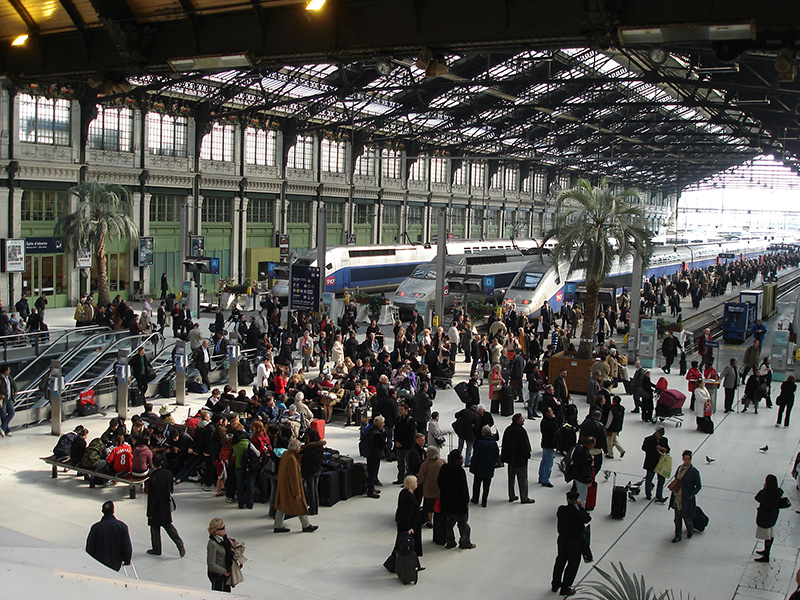 Train travel in Europe can be romantic and mysterious. Our destination was Venice from Paris, changing trains in Milan. Gare de Lyon is a bustling Paris station that handles about 90,000,000 passengers each year, with destinations to the South of France, Switzerland, Germany, Spain and Italy.

The station was built for the Paris World Exposition of 1900 and exhibits the architecture of the time. I once dined in the famous Le Train Bleu restaurant that overlooks the tracks, and has been serving Parisians and travelers since 1901. Its over-the-top interior of gilding, frescoes and ornate chandeliers, is a must see. You wouldn't be alone in your choice; it has attracted the likes of Coco Chanel, Bridgett Bardot and Colette and has been the backdrop of films based in the French Capitol.

Europe’s large digital reader boards deliver track and destination information within minutes (yes minutes) of departure. It's fascinating to watch heads raised in unison and the mad dash to locate the correct car. Space is limited, so once on the train it's another issue to find a spot for luggage, and overhead compartments are too small to fit anything of substance. We travel with duffel bags on rollers that squeeze into tight spaces.

The French and Italian countryside whirls by as the speedy train makes its way to Milan. There is a sense of amazement as you cross fields, rivers and ancient castles hidden in the distance. I romanticize about who lived in these remote areas so very long ago. How different their lives were, where truth and chivalry were more defined—there was a time when you knew who the good guys and the bad guys were.

Changing stations in Milan, a 10 minute cab drive from Milano Porta Garibal to Milano Centrale, gave us time to prepare for the dash to the Venice train. As Scott took charge of our luggage, a female passenger approached our car, struggling to hoist her suitcases up the stairs. Noticing that she was traveling alone, we managed to help her onboard and stow her bags.

An hour outside of Venice, I overheard the same woman conversing with a group of young women about why she was traveling to Venice. Deborah Lipstadt is an American historian, a professor of modern Jewish history and Holocaust studies at Emory University and an author. Her book, History on Trial: My Day in Court with a Holocaust Denier, was made into a movie called Denial, recently released in the US, starring Rachel Weisz as Lipstadt, Tom Wilkinson as Richard Rampton and Timothy Spall playing David Irving. The movie is based on the legal battle for Lipstadt’s historical interpretation against David Irving, who accused her of libel when she declared him a Holocaust denier. The trial is set in London, where the English system, in cases of libel, the burden of proof is on the accused. It was up to Lipstadt's legal team to prove Irving knew he was lying in claiming the Holocaust did not occur. Since its release September 2016, the movie has received critical acclaim from USA Today, who said that Denial is a siren call for the truth. The New York Observer called Denial one of the most powerful and riveting courtroom dramas ever made.

Between the noise from the wheels on the track, Scott's snoring and the occasional train whistle, I was in rapt attention, hearing about this woman and her mission of truth. Upon arriving at the Venice station, I looked for Lipstadt to offer help disembarking, but she had disappeared with her story and her suitcase in a magical city that has not changed much through time. 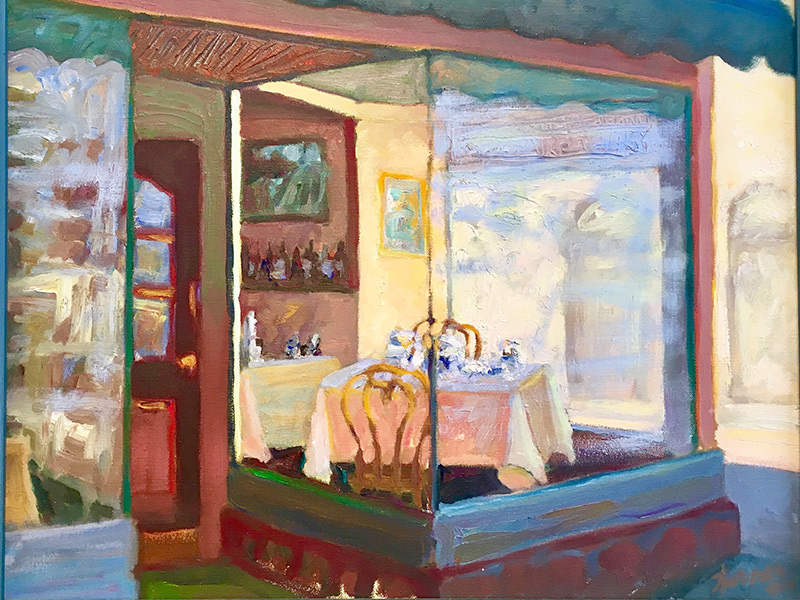 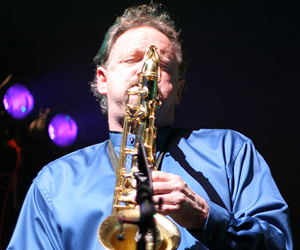