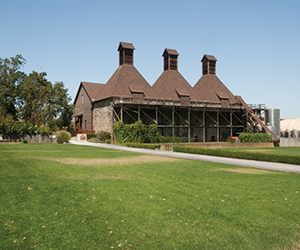 When sightseeing, it’s often the habit to focus on the destination and gloss over the act of getting there. Freeways and improved highways have reduced travel time, but also the opportunity to experience what’s along the way. I have been guilty of this and have often told myself to slow down and see what’s out there. Well, it finally seemed like the time to put that advice to the test. As a result I took what would be a pleasant day trip in a motorized vehicle and turned it into two and a half days of exploration on a bicycle.

After the usual pondering over maps, it was decided that starting in Napa would give good access to bike-friendly roads, along with some amazing views as I headed up the Napa Valley. One of the best cycling roads in the Napa Valley has to be the Silverado Trail, with its wide, smooth shoulders and gentle terrain.

The road came by its name from the mercury mines and the Silverado Silver Mine in northern Napa County. It was the transportation of mercury (quicksilver) and silver from the mines that led the Silverado Trail to become the first permanent road between Calistoga and Napa. Traveling north, the scenery is stunning. Emerald green vineyards lay in stark contrast to the straw-colored hills spotted with oak trees. As you continue, the terrain becomes accented by gentle hills along the road and dramatic ridgelines above the valley floor. Although the Silverado Trail is a less traveled option to Highway 29, it is dotted with many noteworthy wineries.

Traveling by bicycle affords the opportunity to stop and really take in the views and sounds. The cry of a hawk overhead, or even the gentle sound of a far-off tractor in a vineyard, adds to the experience. After roughly 30 miles of fairly easy riding, the Silverado Trail comes to an end at the town of Calistoga.

Calistoga was made popular for its mineral springs when Samuel Brannan opened a resort in 1862. Since then it has become world famous for spas, restaurants, wine and bottled mineral water. This is a nice spot to take a break or have a beer at the Calistoga Inn brewery. Leaving Calistoga, I headed north on Highway 128 and climbed for a few miles on road without much shoulder. Fortunately I was traveling mid-week and traffic was sparse. As I cruised north the land became more open and agricultural, with vineyards stretching on for miles, all the while guarded by the prominent Mount St. Helena, where Robert Louis Stevenson once spent some time living in an abandoned Silverado Silver Mine shack. For the next 16 miles, I had a small shoulder and very little traffic as I headed towards Alexander Valley.

Twenty four miles after leaving Calistoga I reached Healdsburg, founded by Harmon Heald and incorporated in 1867, when it was an agricultural town. Today, the town with its central square is home to excellent shops and restaurants, and the Bear Republic Brewery. In spite of being surrounded by vineyards, Healdsburg has not always been about grapes. Prunes were the major crop up until the 1970’s when the vineyards returned. Leaving Healdsburg, my path headed west toward Westside Road and the Russian River. Once outside of Healdsburg the traffic quickly subsided, and I was left with a rather narrow and rough road that rolled through hills covered in oaks and vineyards. Six miles out I came across another testament to the rich agricultural history of the area. In 1905, a large hop kiln was built on the Walters Ranch to support the largest hop-growing region in the West. Prohibition put a quick end to the hop industry when the Volstead Act was passed in 1919. Only two wineries survived Prohibition by producing sacramental and “medicinal” wine.

The remaining 11 miles to Rio Nido ease you from the Dry Creek area, with grass and oak hillsides, into the Russian River Valley with groves of redwood trees and lush fern undergrowth. The number of redwoods seemed to be in inverse proportion to the vineyards and by the time I reached Rio Nido, which is only about 1.5 miles upstream from Guerneville, vineyards were no longer the prominent feature in the landscape. Rio Nido seems to be mainly a resort town with few services except a gas station, and of course, the not-to-be-missed Stumptown Brewery with its large deck overlooking the Russian River.

Day two started with a quick dash to Guerneville for some supplies. Guerneville became an official town around 1870, but before that it was known as Stumptown, due to the large number of huge stumps left behind by loggers. From Guerneville I started a beautiful climb up to the town of Occidental. Founded in 1876 and once the last stop on the Pacific Railroad, today Occidental is a lovely hamlet with several nice restaurants and places to spend the night. This is a beautiful area to travel in, and especially so for cycling. I as enjoyed a long descent out of Occidental, the landscape changed to grazing pastures and hillsides with cows quietly staring back as I made my way toward Valley Ford and Point Reyes Station.

Point Reyes Station, or Olema Station as it was originally called, was once little more than a stop along the railroad to Tomales. Today it’s a commercial hub in West Marin, and a mecca for tourists and cyclists. Bovine Bakery and the Cowgirl Creamery are worthwhile stops by bike or car. Now I was back to traveling on Highway 1 with its narrow or nonexistent shoulders. The good news for the cyclist is that Highway 1 sees a large volume of both recreational and touring cyclists. Drivers in the area seemed used to cyclists being on the road and they tried, as did I, to share the road, with pleasant results for both parties. After 13.5 miles of seemingly endless ups and downs in the road, I cruised into the eclectic town of Bolinas.

It’s true about the lack of road signs leading to Bolinas. This seems to be a proud tradition for the locals. Spending the night in Bolinas is always interesting and I have never had an unpleasant time in this unique little village. Good food and a saloon, which offers live music at least three nights every week, make for a great stay.

From here my path led out of town on the Bolinas-Fairfax Road, which, by the way, seems to be lacking signs as well. This narrow and very twisty road leads up to Bolinas Ridge and by the time I got there, the redwood trees were dripping with dew and I was enveloped in fog. Six miles and a little over 1,500 feet of elevation make for a good morning climb. The remaining drive is over some very winding roads with 180-degree switchbacks and narrow stretches in the shadow of redwood forests and along the shore of Alpine Lake reservoir.

World-class wineries, award-winning microbreweries, amazing scenery and great shopping and restaurants are, no matter what your chosen mode of travel, surprisingly close at hand. I, for one, plan to take a little more time to enjoy what so many travel so far to see. 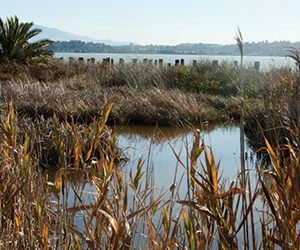 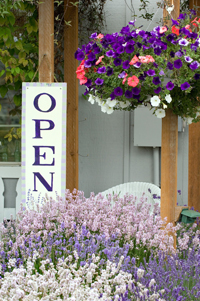 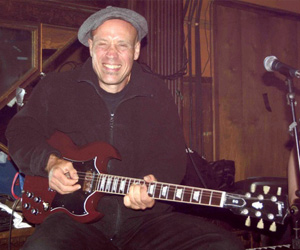