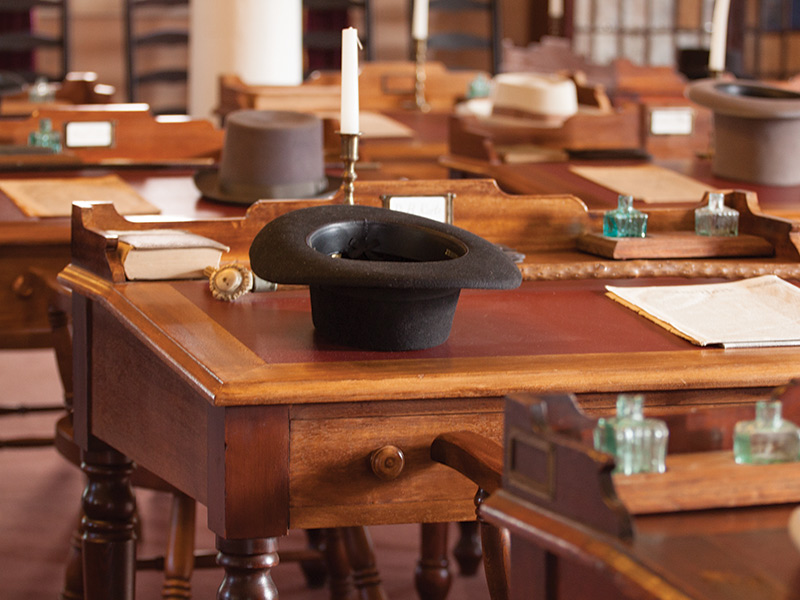 Benicia’s time as California’s third state capitol was brief but enduring. The capitol building itself, at First and West G streets, still stands as a vital presence in Benicia’s downtown. Its doors, as well as the adjacent Fischer-Hanlon House and gardens, a period home that is part of the Benicia Capitol State Historic park, is open to visitors. Some 163 years after the Legislature departed for Sacramento, laws passed in Benicia point to a busy and important era in California, and to successful efforts to secure women more rights. Lured to the Benicia’s newly built city hall, the Legislature left Vallejo in mid-session and began to meet there in early February of 1853. At the time Benicia was a young, busy port city. The international Pacific Mail Steamship Company, the Benicia Arsenal, plus new schools, churches, and businesses all were in operation. Senators and Assemblymen would stay in Benicia for a little more than a year, holding their last session in late February of 1854.

It was the time of the California Gold Rush, too, an intense period for the state and for lawmakers, said Mike Caplin, Benicia State Parks Association volunteer guide. During its first 90 days the Legislature introduced 460 pieces of legislation and passed 180, wrote authors of the book “The Best of California’s Missions, Mansions and Museums.” Gov. John Bigler signed all 180 into law. Perhaps the most prominent one allowed women to hold property in their own names, independent of their husbands, a huge step in women’s property rights. Caplin said this law draws the most interest, as California was the first state to pass such a law giving these rights. Previous to its passage, married women were often left destitute when they became widowed. Other laws passed in 1853-54 included naming San Quentin as the first state prison, creating a flour inspection system and establishing a state “insane asylum” in Stockton.

The Assembly’s official record gives a peek into the times. Lawmakers met six days a week, Monday through Saturday, and were either Democrat or Whig, as the Republican Party had not yet come into existence. The 27 Senators met downstairs while the 63 Assemblymen met upstairs. The Assembly first gathered on Feb. 11 and Feb. 12, 1853 in their new Benicia quarters, but could not do business for lack of a quorum. They finally got to work on Feb. 15. In those early months, Assemblymen accepted a petition from the women of Sonora and Tuolumne for better observance of the Sabbath, and funded a state road from Benicia to Sacramento. They created new counties in the Los Angeles area and established a historical society. In 1854, Bigler also spoke to the Assembly, encouraging lawmakers to pay down growing debt, and deal with bureaucracy. He noted gold dust shipped to Washington D.C.’s treasury the prior year valued a little more than $57 million.

In February of 1854, lawmakers discussed moving California’s seat of government to Sacramento. The frequent lack of quorum in the Assembly, plus Benicia’s lack of a printing facility, law library and secure State archives were cited as major reasons. But the change did not come without debate in the Assembly, where the vote to relocate was split. During their last day in Benicia, some Assemblymen made a last ditch effort to relocate the capitol to Stockton, Santa Rosa and Marysville.

When the Assembly next met next on March 1, 1854 in Sacramento, they had left Benicia and its stately building behind. No original furniture and few artifacts remain from those times, Caplin said. One artifact on hand is a state seal press that is disputed to be either the first or second official California press, and is still operational. Another is am American flag in the Assembly that has 31 stars, equal to the number of states at the time. An 1854 map in the Senate shows the Sierras with the largest population centers, and Los Angeles the smallest ones. The Benicia State Capitol has been restored to appear as it might have looked in 1853. Floors are exact copies of the original and made with antique square nails. Three Senate desks, one Assembly desk and several potbellied stoves are from the period.

The Benicia State Capitol is the oldest original California state house that remains standing, according to the California State Parks Association, which maintains it as museum. The Benicia State Capitol served as county courthouse, city hall and jail, library, firehouse and place for church services before the state took it over in 1951. In recent times, it has survived budget cuts and closure threats. Bolstered with volunteers and city support, it is open noon to 4pm Thursday and Friday, and 10am to 5pm Saturday and Sunday. 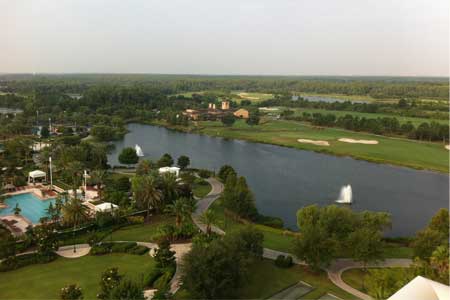 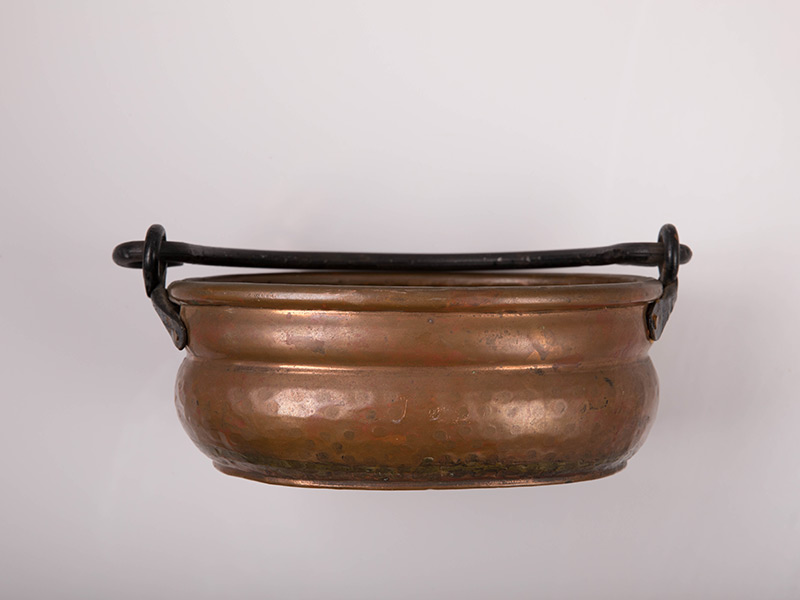 The Dog Days Of Summer Are Perfect For Antiquing