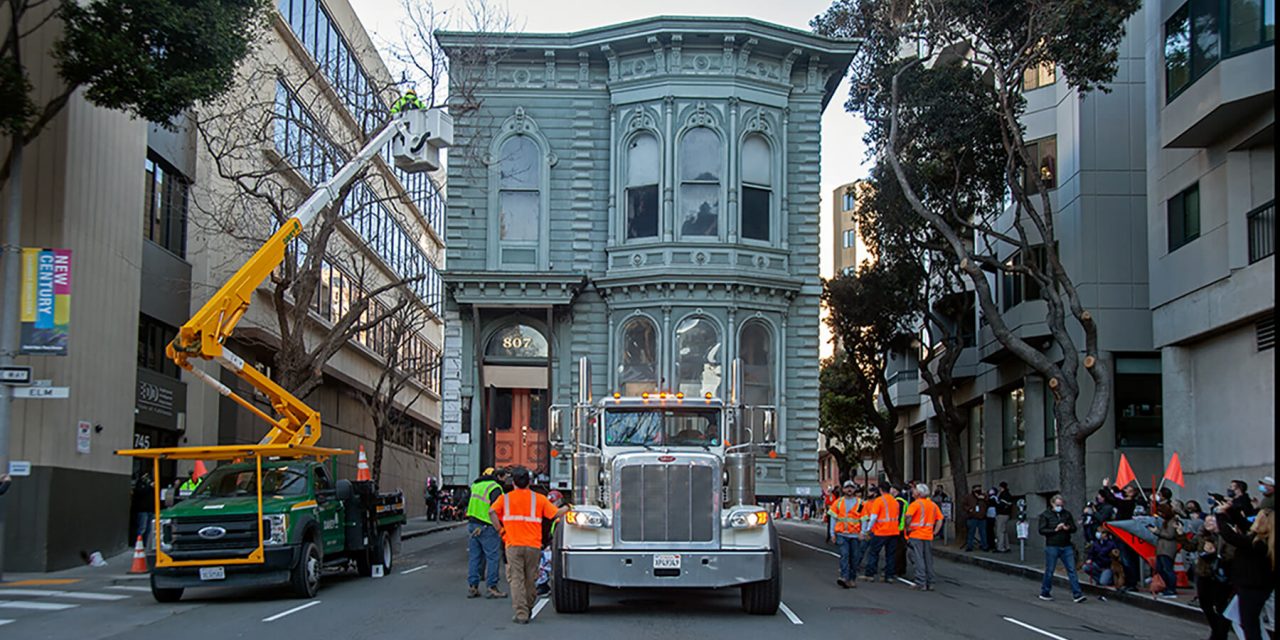 Moving a house from one location to another is not a new thing.

In fact people have been moving houses in this country from the 1700s, using teams of oxen and some type of a carriage or wagon vehicle. People moved buildings from one place to another in order to preserve them, and in those days there were fewer houses to begin with.

Nowadays, people are still moving houses but there is a mountain of concerns, engineering, logistics, safety, regulations of local agencies, permits, etc., that would daunt most people. However, Phil Joy of Phil Joy House Moving and Leveling Company is one of a dying breed: Phil moves houses for a living.

It was a startling sight to see the 140 year old Victorian residence creeping slowly down the Franklin Street hill. Passersby stopped in their tracks to stare as the stately building inched along like a grand dowager on her way to a tea party. This extraordinary event caught the attention of local bystanders who watched as the house was squeezed into a just-big-enough space in congested San Francisco.  This story and video caught the attention of the media, and was picked up by the local news, and then nationally. The video brought immediate celebrity to Phil Joy, who was surprised at the attention heaped upon him and the traveling house. 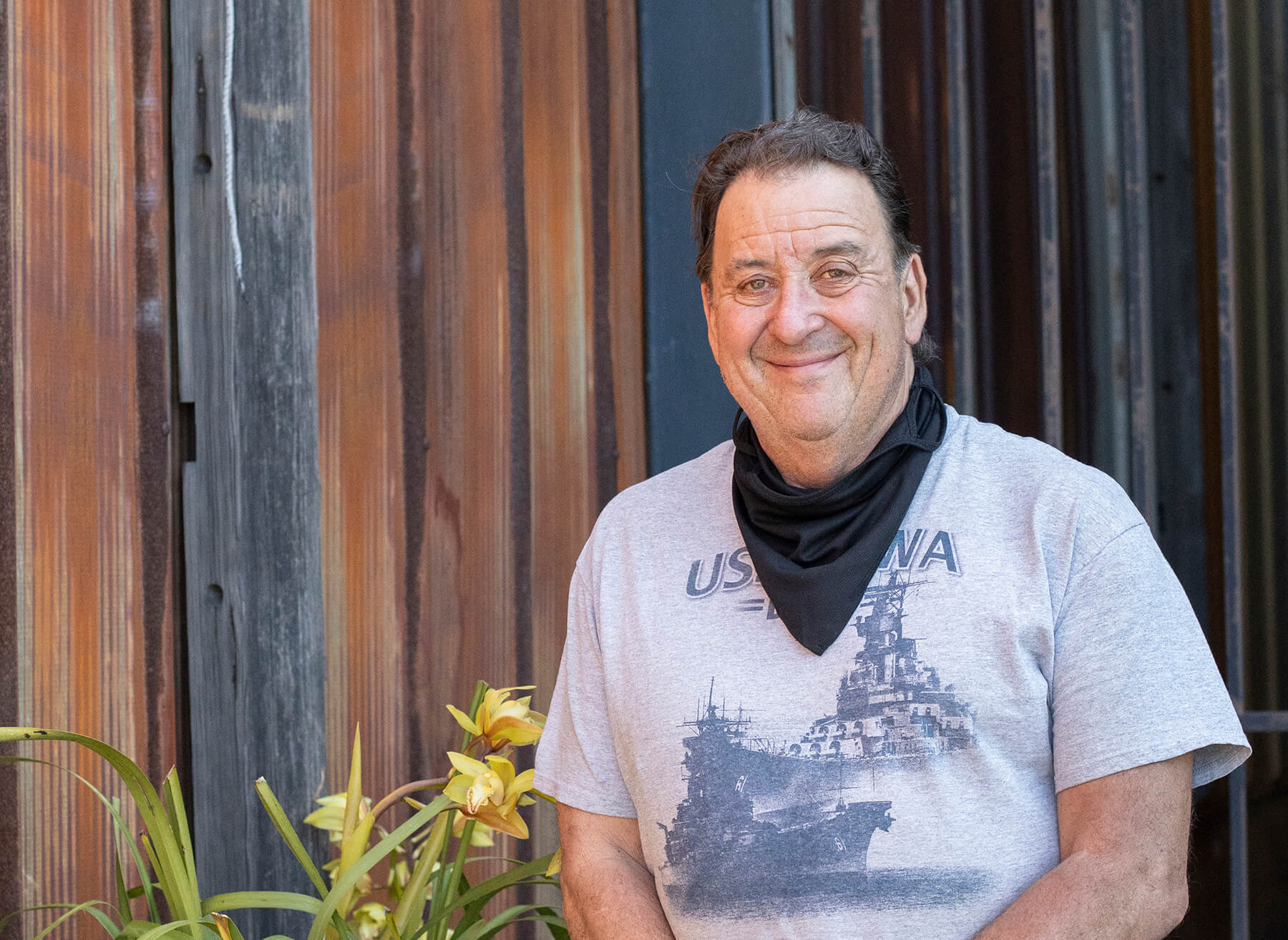 Phil Joy started in the house moving business back in the ‘80s when he helped workers from Trost Heavy Moving Company move a vintage house in Walnut Creek. The challenge of moving something so mammoth fascinated Phil and he immediately began, first as a helper and then with his own team, moving buildings. Phil Joy comes from a long line of creative people as his father worked for Disney in Burbank, and his grandfather worked for the famous architect Julia Morgan on Hearst Castle and other California landmarks. Phil Joy has proved himself to be a preservationist, saving and keeping structures, rather than destroying and replacing them.

In 2007, Phil moved an 1895 vintage Queen Ann house from Napa that he purchased for himself and his family.

The move avoided the highway; instead, the house was put on a barge and floated down the Napa River, through the Carquinez Strait, to the old shipyard on D Street that Phil purchased in order to complete the project. Two years later, the house was placed on a foundation and had the water and power connected. A second vintage Napa house has since joined the first and is in the process of getting connected and readied for new occupants. These two houses were moved in Phil’s “spare” time between other projects, but once they are done, Phil has ambitious plans for the future. He intends to complete the Bay Trail that is on the shoreline of his property, and he is interested in bringing a microbrewery and beer garden to the 5000 square foot warehouse on his property next to the shipyard, as well.

Phil Joy has a side that has nothing to do with moving houses. He enjoys racing Legends cars (5/8 scale) when he can. For those of you unfamiliar with this type of car, Legends are replicas of American cars of the 1930s and 1940s, and powered by Yamaha engines. He also has a unique way of giving back to the community, by collecting scrap aluminum, selling it and donating the money to pay for crossing guards in our city. All in all, Phil is a Benicia resident whose drive and imagination gives us “Joy”!  Thanks Phil! 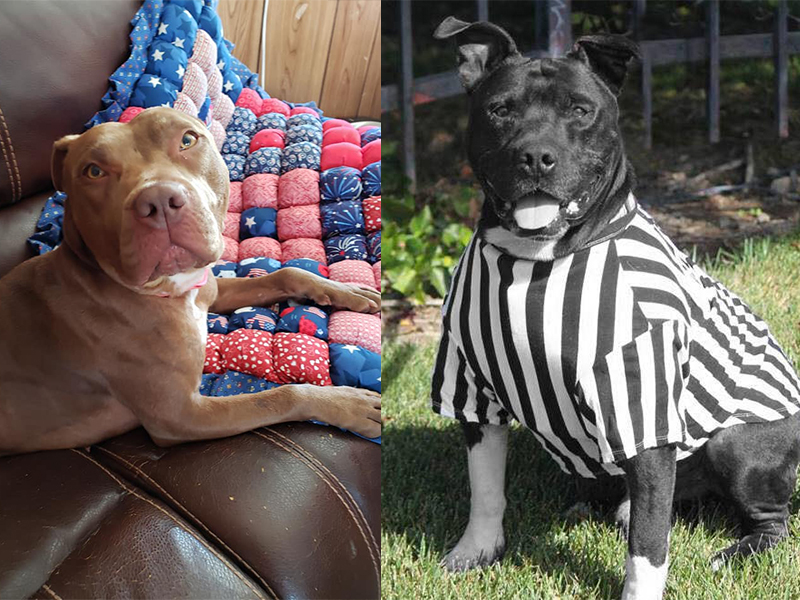 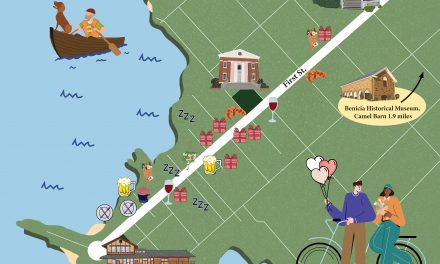 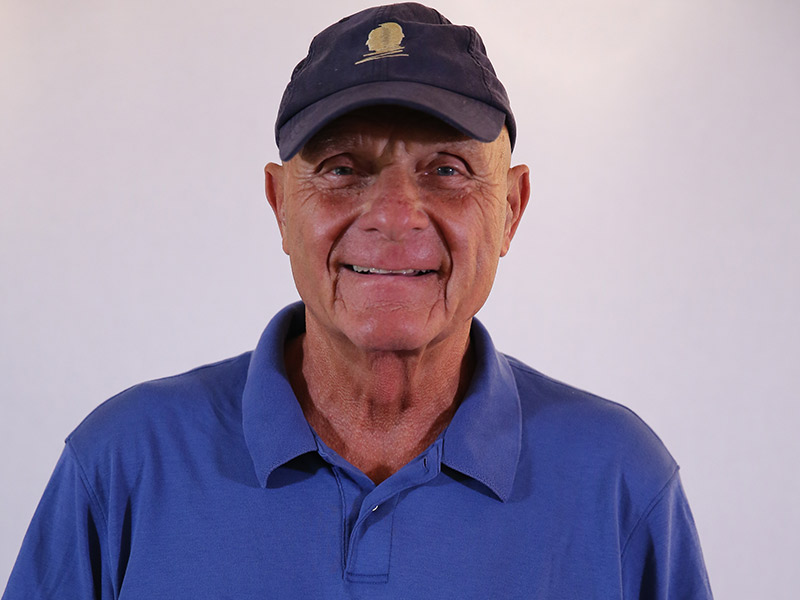