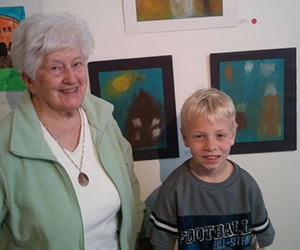 Evan Maxwell George sold his first artwork at the age of seven. His pastel drawing of a house in the sunset with beautiful hues of golds and reds was shown as part of a professional gallery exhibition at Arts Benicia last year. Leading up to the public opening of the exhibit, Evan admitted to being a little nervous. “I was like 75% excited and 25% nervous because I thought I might be embarrassed,” he said. But when he arrived at the reception with his family, including his great grandmother “GG,” they discovered his piece had already sold to a mysterious buyer.

Evan, now in third grade at Robert Semple, was among hundreds of young people who participate each year in the Next Generation exhibition through their schools. This year all seven Benicia public schools, Saint Dominic School, and a number of home school and charter school students are participating. With the help of teacher and parent liaisons, each school selects 35 works to submit for the show; smaller groups may submit up to five works. Arts Benicia curates the exhibition and provides materials and training along with a range of related public programs. Susan Sullivan, Chair of A/B’s Youth Education Committee who organizes Next Generation, is a retired teacher of 35 years and former Principal at Mary Farmer School. She co-chairs the committee with arts educator Elisabeth Gulick and says the committee members, including Emily Thompson, Shelley Dupuis, Phyllis Debois and Joy Lerner, get a lot of joy from their work together.

“As educators we can tell the impact it's having on the youth. Whether they are six or 16, their faces light up with pride, accomplishment and delight at seeing their work on exhibit,” says Susan. “It's the same sensation as getting an A on a math exam or being the best player on a soccer team. They are honored for their creativity and imagination, and the family comes to honor their accomplishments too.” If the young artist agrees to sell, all the works are priced at $35 and the commission is the traditional 60/40 split for the artist and the gallery. In Evan's case, it soon clicked for him that he could make money with his art and he began to create small works and selling them for 25 cents each. He even planned his own EBay business, and with his commissions he purchased his own skateboard equipment.

The exhibit originally launched in 1996 as the brainchild of Mark Eanes, a respected Benicia artist and associate professor at California College of the Arts, who has served as an advisor and Board Member for Arts Benicia. The exhibition grew over a number of years, and then took a seven year hiatus. In 2010 the show came back to life, greatly due to the passion of Gulick, and Arts Benicia's then new Executive Director, Larnie Fox, who has more than 20 years experience running children's arts programs and a vision for community engagement through the arts. “It's no secret that many great artists have admired children's art,” says Eanes. “Picasso said that we are all trying to get back to that child-like state, and I believe that's true. My idea was to get children's work off the refrigerator and onto the walls. I don't think for a second that we are going to turn kids into professional artists, but we are going to encourage kids to think creatively, and to be interesting human beings.”

Superintendent Janice Adams believes in the value of the arts in our schools, but says reductions in funding from the state makes it difficult to provide ongoing arts curriculum. She acknowledges the many parents, volunteer art docents, community artists and arts organizations who are helping fill the gap. “The Next Generation exhibition is a great model of collaboration, and our schools are stronger thanks to the support of local artists. We are extremely grateful for their passion and commitment to our students,” she says.

Eanes admired many works during the Next Generation exhibit in 2011, but he only purchased one, and that was Evan's pastel drawing. “Evan's was the classic, iconic piece. I loved his use of vivid, delicious color, and the way he put the shapes on the page.” The pastel is now part of Eanes' extensive personal collection of works by both seasoned and emerging artists.

The first thing Evan did when he returned home from the art opening that day was call his grandmothers and everyone in his family to tell them about his sale. When recalling the experience, he looked at his mom with a little concern: “How much was our phone bill that day?” His mom, Sarah George, smiled: “Oh Evan, don't worry about that, we were all so happy for you.” 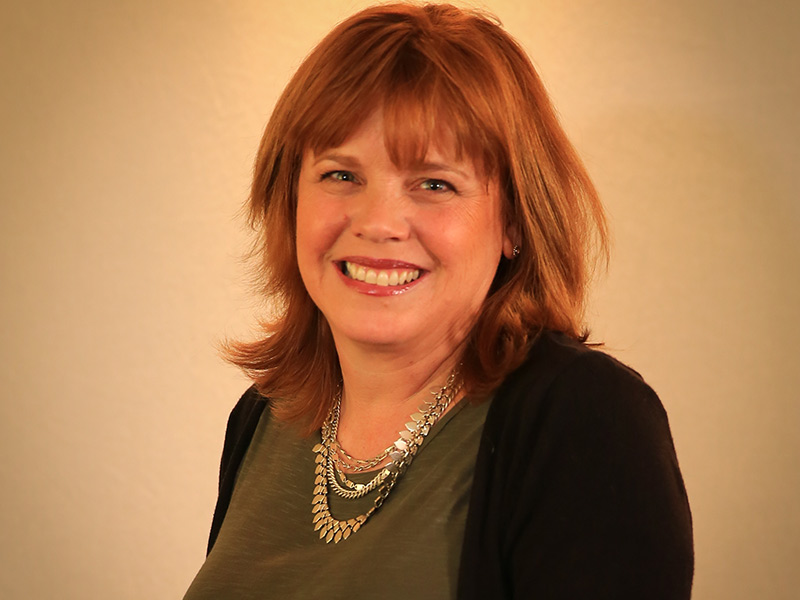 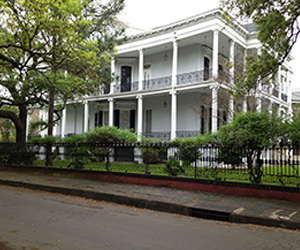