The massive concrete buildings were all but abandoned when Andrew Allen first saw them in the late 1970s.  The buildings along Tyler Street in the Benicia Arsenal were underutilized and in poor shape.
Still, he liked Benicia – “It’s a great location,” the lifelong Belvedere resident says – and his family trust bought the building at 990 Tyler Street in 1979. Over the following ten years, the trust purchased additional buildings and now owns 120,000 square feet in the Arsenal. The family trust’s other Solano County holdings are a medical building on Rose Drive in Benicia and a shopping center on Sereno Drive in Vallejo.
The challenge 20 years ago was to find the right use for the former military storehouses.  Andrew embraced an idea offered by Arsenal business and property owner Gordon Potter. Create artist live-work spaces, Gordon urged. Andrew’s uncle had developed a similar project in San Francisco. “You see buildings that are absolutely obsolete for their original use but they face the southwest, they get this incredible light,” he says. “So these two had the idea, and the buildings themselves were right for that use.”
His vision and leadership transformed the industrial area into a haven for artists. He renovated the buildings between 1992 and 1994, and today his family trust owns about 35 live-work spaces within sight of the Strait. The area is anchored by Arts Benicia, a nonprofit organization that promotes Benicia artists and has a gallery in the heart of the thriving art community.
“Andrew basically was the spark that made this happen,” says Joe Garcia, president of the Arts Benicia board from 1989 to 1994. “He fought for this development and made it easy for Arts Benicia to have its own space.”

What did the Arsenal buildings look like when you took possession?
Junk. Garbage. Exxon had used one of the buildings for the storage of shipping parts. But that was kind of cool because there were these huge anchors and giant chains, and parts of the Exxon Valdez. There were the nameplates that said “Exxon Valdez” and other parts.
One of the buildings, the one on Grant, had a crazed lady with an axe who chased people. …
It was old-fashioned mixed use when we got it. A building on Jackson Street was used as moving and storage, and you had people who wanted to sell auto parts and open karate studios in the area. But our thought at that point was to go for artist live-work spaces. So now we have new mixed use: artist studios, a museum, some office space.

How did you make the transformation from industrial use to live-work space?
It came about because Benicia’s government at the time was being very forward-thinking and innovative. I think live-work is a very good idea for city planning. Marilyn O’Rourke (former mayor) was very helpful and perceptive. John Bunch (former planning director) was as well. Benicia was one of the first cities to pass an ordinance to allow live-work spaces.

What renovations had to be made before the buildings could be occupied?
One of the key ideas came from Gordon Potter, who owned the Blacksmith Building. … He’d renovated his building with an interior hallway, and ended up with wasted space for stairs and halls. He said, “Why not hang a balcony on the outside and create some great space inside?”
So we have these huge, solidly constructed buildings. We saw that we could cut big doors, very usable for any type of artist. You hang water, sewer and electrical on the outside, separate the utilities so everyone has their own meter, put in double-insulated walls for sound. …
We got the property very cheaply and we were able to separate it for about $25 a square foot in 1994 dollars. It was very economical, and we tried to be very practical. We put 100 amps to even the small units so everyone would have enough power no matter what type of art they’re doing. We created industrial living spaces.

What was your role in the renovation?
We had 120,000 square feet, a large construction project with lots of details that I was doing, like the sheetrock. You mean overseeing? No, I was doing it – I was hanging sheetrock.

Why did you want to bring artists to the Arsenal?
My theory of property is that the right space will find the right tenant. This was the perfect space for artists, with the great light and high ceilings. There’s still a lot that could be done.

So would you like to do more in the Arsenal?
I think it’s an underutilized part of Benicia. The City of Benicia owns a lot more down there than most people know.  Most people don’t know that the City has hundreds of acres (that it leases to others) that are coming up for renewal.

What would you like to see next in this area?
I would like to see more mixed use, live-work art spaces, maybe 20 more. I think Benicia is perfectly suited for it. You have a great mix of sophistication and practicality. I would love to see things happen to Benicia, I would love to do more.

You describe Arts Benicia as a tremendous asset for Benicia. How so?
Firstly, I believe that art is one of those things that holds a community together, like food and raising kids and having good restaurants. These things hold a community together – malls don’t.
Secondly, art brings tourists in. Having artists like Manuel Neri and like Bob Arneson before he passed, and you have other names that are developing, plus the glass artists. People come to see their works, and part of the General Plan is to increase tourism.

Do you collect art?
Of course. I’ve gotten so many unpaid rent checks in art (laughing). I have a rather eclectic collection.

While talking with Inside Benicia, an artist overhears Andrew’s name and introduces herself as one of his current tenants. She invites him to come by and see the space. A bit later, former Benicia planning commissioner Bob Berman stops to greet Andrew. They talk about the success of the live-work spaces.
“You know what’s nice? They’re cheap to rent,” Andrew says.
“That’s what makes it work,” Bob says.
“We’ve had almost a zero vacancy factor over the past 15 years,” Andrew adds.
Andrew was a familiar figure around Benicia in the 1990s. In addition to his work on the artist live-work units, he campaigned against a project that proposed building six immense coke domes in the Port of Benicia to serve oil refineries in the Bay Area. One proposed site was near the Clocktower, another was across Tyler Street from Andrew’s recently renovated buildings. He also participated in workshops that resulted in a new General Plan for the city that was adopted at the end of that decade.

Why did you oppose building the coke domes in Benicia?
The coke domes would have been horrible for Benicia. They would have absolutely given Benicia the imprimatur of industrial waste. This was garbage and toxic crap that we were shipping to the Third World, and they wanted to store it here.
They would have ruined everyone’s property value, not just in the Arsenal, but throughout the city.

How much time were you spending in Benicia then?
I was here 3 or 4 days week.

Now how often are you here?
Not often enough.

Born in 1951, Andrew lives with his family in his great-grandmother’s house. He and his wife, Anne Godefroy, have six children ranging from 16 to 30 years old.
Andrew is a real estate attorney who now spends most of his work hours at his family business, the Belvedere Land Company. The Allen family founded the development company more than 120 years ago, and Andrew and his brother are the third generation of his family to manage the firm. Their father, Howard, is still active in the business.

What is your role at Belvedere Land Company?
My job is to make sure people have a safe, happy, warm place – that’s my service, that’s what I do.

Andrew is as a board member for several Marin County groups that reflect his interests. He serves on the board of a private San Anselmo school that educates autistic children, on another board that works to preserve a historic Mill Valley retreat center, and on the Living History Society board. “They used to put on the Renaissance Faire down in Los Angeles and up here. They’re a fun group,” Andrew says. “But they also have a scholarly side.”
His passion these days is helping an orphanage in Burma. Andrew became interested in Burma at the urging of friends he met while involved with Afghanistan issues in the 1980s. He serves on the board of the Burma Foundation and has made two trips to the Southeast Asia country. His current goal is to get solar panels so the orphans will have lights at night.

What draws you to help orphans in Burma?
Burma is a beautiful country, such beautiful people. But it has a horrible, corrupt, inefficient, bad government. We help this little orphanage school in lower Burma, in the Mon state area. They need everything from chalk to chalkboards to much bigger items.

How has the foundation helped the orphanage?
We send clothing, medical supplies. We built a bridge to their island. We got them the only working computer on the island. They have so little, and suddenly they have something cool.
But you have to be careful that whatever you get isn’t too cool. We got them a truck, and it was taken by the police.

What would be your dream project?
We’re trying to get solar panels to the orphanage. There’s no electricity on the island. They use generators, and that’s expensive. We got them solar lights, but solar panels would let them have lights later at night. Just having lights at night is a really cool thing. We take so much for granted: hot water, light at night, being able to go to school.
So we’re going to get the solar panels at the orphanage, one way or another.

What motivates you to do so much for others?
My wife! She makes me want to do good. 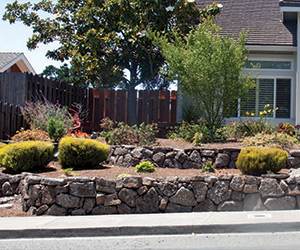 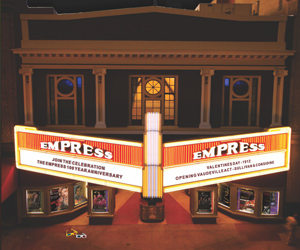 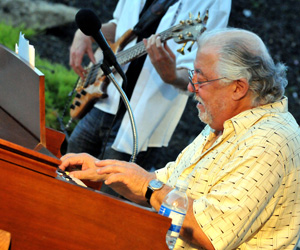 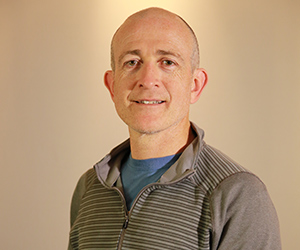