Michael Shannon Moore lives in a world of visual memory.

Continuous travels between his studios in Benicia, California, the Smoke Creek desert in Nevada, and Huerfano County in southern Colorado are for him “memory voyages,” inscribing enduring images in his mind, which eventually come to realization at one of his three studios in drawings, watercolors, and landscape based abstractions. “After years of moving around the country, the impressions are so deeply layered that I can never predict what will come back to me in a painting.” The common subjects in his work are “light, silence, and the paint itself.”

…rather than to straightforward depiction, the dominant subject matter being landscape, particularly the remote regions of the Northern Great Basin (southeastern Oregon, northern Nevada). He has been making “voyages of discovery” to these empty, practically unknown territories since the 1970’s, taking many trips a year in vehicles specially modified for that purpose. After converting a deaccessioned radar station near Winnemucca to a studio in 1985 and working there several months each year for over a decade, he built a studio at Wall Spring, Nevada on the edge of the Smoke Creek Desert. He has spent years restoring the land, wildlife habitat and watershed on what was a derelict ranch, and works there at all seasons, dividing his time between there and his studio in Benicia. He also spends two or so months a year in the mountains of Southern Colorado.

In 1988, Moore and his wife, sculptor Linda Fleming, had established California studios together in a warehouse in San Francisco’s Mission district. They also travelled in the summertime and winter to Fleming’s studio at Libre, in Colorado, where Moore eventually built a studio as well. In 2000, they relocated their Bay Area residence and workplaces to Benicia, converting a historic brewery and saloon to studios and a home. This is currently the base for their work and for the cyclical migrations to their rural studios, which  provide a catalyst in the continuing development of their work.

For Moore, his travels and explorations, revisiting the landscape of the Great Northern Basin in real time and in memory, and experiencing and remembering the endless variations of weather and light, are essential elements of his art practice. With a few side roads into political and narrative territory, the majority of his work addresses the landscape. The urge to re-experience the particular places that evoke the alluring idea of “large, empty country” takes him back again and again for the conjuring that transpires, and enables him to get it onto the canvas in his singular, spare, light-and-silence infused way.

“In the beginning flurry of random horizontal swipes at the canvas, so much is left to chance that the image almost conjures itself, after which I pursue these things a long time, weeks, even seasons, each at its own pace,” says Moore.

“Aside from landscape proper, a common (though not universal) thread could be described as composite mnemonic. Visual memories cram onto the field, stacked or else layered as if in extreme telephoto. Making the image, watching it develop during the process, becomes a device of memory wherein I am reminded of something previously seen even if not remarked specifically at the time of seeing. Images trigger images, which trigger alterations on the canvas in approximation of what the images on the canvas brought back in the first place; a feedback loop whose ‘why,’ beyond the pleasure of it all, remains, after years of working, mysterious,“ says Moore.

Beginning on March 17, the Marilyn Citron O’Rourke Gallery at the Benicia Public Library is featuring Moore in an invitational one-person show entitled “Further Afield.” The exhibition will be on view through April 23rd.

There will be a reception for the artist on Saturday, March 21st, from 3 to 5 PM, to which the public is cordially invited. 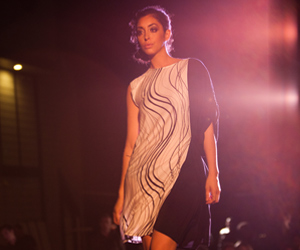 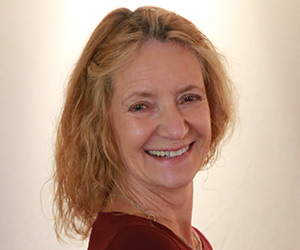