During the first week of March 2009, Oprah and her guest Suze Orman, of financial wiz fame, instructed everyone to stop spending money on nonessential purchases. Saving money was their response to an economy that was in the tank.
Cinda Baxter, a marketing consultant and a 17-year stationery retailer, replied with a blog post on March 11, 2009 which she named The 3/50 Project. The idea is to support independent, locally owned businesses by inspiring customer loyalty for the stores that directly fund their community. Very quickly, Main Street USA responded to the direct and easy-to-understand concept. How does it work?

Pick 3. Spend $50. Save your local economy.
Think about which three independently owned stores you would miss if they were gone.  Stop in, say hello and make a purchase. That’s how they stay around. If just half the employed U.S. population spent $50 each month in independently owned stores, their purchases would generate $46,629,700,000.00 in revenue (that’s BILLION). Twenty thousand Benicia residents spending $50 each with their favorite retailer or restaurant equates to $1,000,000.00!

For every $100 spent in independently owned stores, $68 returns to the community through taxes, payroll and other expenditures. In a national chain, only $43 stays local. Making online purchases means nothing comes home. Small, independent stores also support local nonprofits such as schools, sports programs and the needy, with product donations and volunteerism.

The number of people it takes to start the trend…one (you!). Ms. Baxter was recently invited to speak in this area by Martinez Main Street, the City of Martinez and the City of Benicia. About 35 people listened to her success story and found out how this message has resonated with consumers and independent store owners throughout the country. The 3/50 Project has been featured by Consumer Reports, CNN, Fox Business News and Entrepreneur Magazine. Amazingly, she has done all of this through social networking; from that one initial blog to the thousands of businesses that are now registered supporters. By the way, it is free for independent businesses to register. Ms. Baxter gave lots of information about cross-promotion and working together as a community. At the end of her presentation, Leah Shelhorn, owner of Studio 41, and I invited her to come to Benicia on her way up to Woodland, where she would be speaking next. She arrived a few hours later and fell in love with our charming town. She immediately saw the potential in our ten-block downtown area that offers a vast array of cool merchandise, diverse restaurants, and pampering salons and spas.

A recent survey of finds for under $50 at downtown shops revealed a number of items that were noteworthy (and gift-worthy!) from fashion to home décor. Strolling our charming and vibrant downtown reminds us why we love living in and visiting this historic city where we know the shop owners’ names, and more importantly, they know ours. Remember – supporting independent entrepreneurs is an investment in your community. For more information, www.the350project.net. 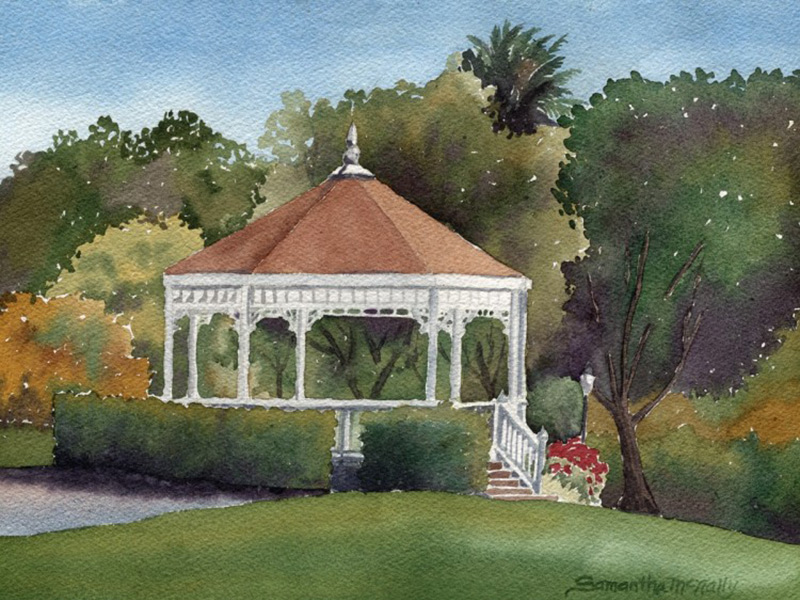