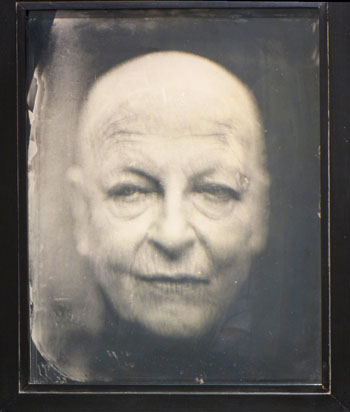 Contemporary art photographers, including these thirteen, regard photography as process/procedure more than product/artifact; their photos are the results or residue of investigations or experiments rather than renderings of preconceived or intuited images; when subject matter persists, it is only in an impure, distorted state, reflecting its creative birth pangs, and thus resembling painting or printmaking as much as photography. Traditional imitations of reality (“simulacra”) are replaced by objects permeated with ideas, often pertaining to their own making. Often reproducibility is sacrificed; photographs become embodied records of events or performances.

Bischoff makes color photographs that record his choreographic performances with large pieces of colored board, and are thus unpredictable; a similar collaboration with chance takes place in his UPS mailing-box camera, a random-variation version of the old pinhole camera endowed with a nonfocusing slot aperture located, not perpendicular to the film plane, but parallel, resulting in abstract streaks of colored light when the film is printed. Preston takes a similar approach for her Black Flash IV photo mosaic, exposing the white photo paper with a camera flash that prints black, creating suggestive abstract forms. Kalogiros uses color reversal, too, in his depictions of objects associated with his youth: Sheet (note the punning title), for example, is a contact-print photogram made by exposing film paper through overlaid plaid fabric.

Brandt explores conceptual metaphysics with his quartet of prints depicting the Los Angeles Superior Court building’s four sides, adding to his pigment a smidgen of dust collected from that august edifice. Chiara combines the Renaissance camera obscura (pinhole-windowed dark room) with the nineteenth-century itinerant photographer’s lab-wagon for his large yet unheroic Cibachrome landscapes like Echo Lake at Meyers Grade. Inside his trailer-mounted camera/chamber, he dodges and burns the refracted image, and then develops the rolled-up prints in plastic tubes by rolling them—very DIY and very unpredictable.

Cheung employs chance in her painterly cyanotypes, letting the evaporation of water from the chemicals dictate her imagery, which invokes natural processes. McCaw equips his handmade cameras equipped with powerful lenses that magnify the power of the sun during long exposures; his monochrome Sunburned prints depict the sun over land or sea, its trajectory physicalized in scorched arcs: light paints its own portrait. Nguyen combines abstract and realistic elements in her mural-sized photograph, Sea Vents, transmitting the viewer into a vital, poetic landscape that could be astronomical or microscopic, or submarine—on the ocean floor, far from sunlight, fueled by chemical and heat energy.

Photography’s rich technical history is also a factor: before digital cameras, and even before Kodak Brownies, the earth was trod by ambrotypes, daguerreotypes, gum bichromates and the like, which these artists have resurrected, for nostalgia’s sake as much as for their still-stunning visual properties. Revivalists Berkman, Danh, Heath, and McCaw, for example, were included in the recent San Jose Institute of Contemporary Art show, Exposed: Today’s Photography/Yesterday’s Technologywww.sjica.org. (Incidentally, the Edges of Light booklet explains some of these now-arcane procedures.)

Mertens makes daguerreotype portraits of people engaged in various occupations, in the encyclopedic 19th century style, but the subjects are our contemporaries, engaged in making objects. Remember when people made things, and valued them? Heath employs the cumbersome wet-collodion process to depict the natural landscape with a hushed intimacy in her silvery ambrotypes of Park City and the Sacramento River. Berkman employs the same process to mimic the look of late Victorian portraiture; in Rachel, he coats the reverse of his glass negatives with black paint, creating positives, which, mounted like MRI scans, suggest some odd blending of the forensic and the fantastic/spiritual; Lazy Susan makes a 21st-century post-Freudian verbal/visual joke. Danh, who grew up in California, tries to make sense of the Vietnam War, time, history and mortality with his chlorophyll prints, archival photographic images of war casualties that the artist exposes by sunlight and imprints onto living tropical plant leaves, and his Leaves of Grass photograms on daguerrotypes. Roloff explores time and entropy with his silver gelatin prints of European armored knights; the artist has mounted orange slices atop the photos, and the resulting chemical interaction degrades and stains the emulsion to powerful visual effect. 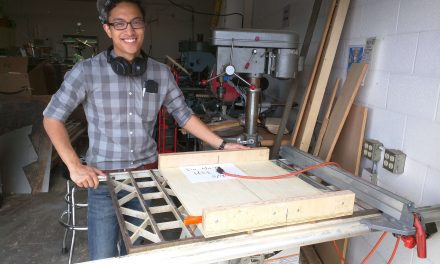 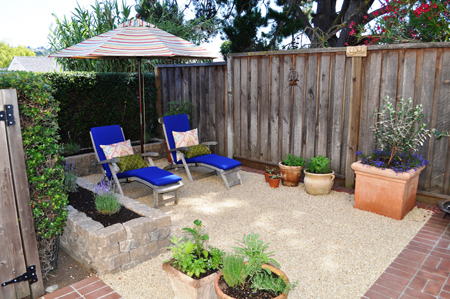