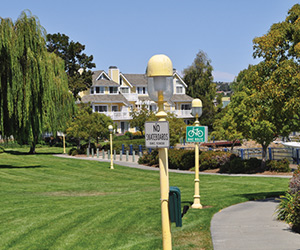 1.We have the only State Capitol (the third in California) where the original building still stands.

2. Over the years, Benicia has been written up as a great place to live in Money Magazine, Sunset Magazine, Via Magazine, the LA Times, San Francisco Chronicle, Diablo Magazine and the Sacramento Bee, among others.

3. Benicia Unified School District employs close to 500 people, making it the second largest employer in the city, right behind Valero.

4. The Bay Area Ridge Trail runs along Benicia’s waterfront for 3.5 miles, from the Benicia Marina to the Benicia State Recreation Area.

5. Benicia’s first art museum, the Benicia Museum of Art (Benicia MOA) officially launched in September of this year at the former 621 Gallery on First Street. Learn more at beniciamuseumofart.org.