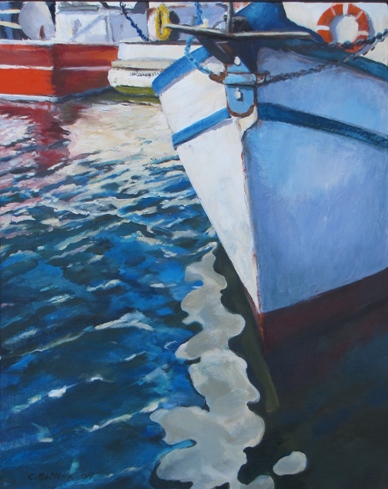 “It’s about visual pleasure,” says painter Craig Britton. One of the traditional goals of art, often lost in the march of the various -isms throughout the past century, has been revealing and preserving the beauty of the everyday—as least as discerned and interpreted by sharp-eyed, idiosyncratic artists. The enduring appeal of such heightened realism is confirmed by the crowds at the DeYoung Museum’s show of Impressionist treasures from the Orsay Museum in Paris; the “unfinished” works that once shocked and outraged audiences now induce ecstatic trances, at least if one can judge from the backs of their big, slow heads.

Of course, the French landscape is easy on the eyes even without beautification, but, then, so is northern California’s. The fifteen landscapists who exhibit at the Benicia Plein Air Gallery—Rolando S. Barrero, Flora Baumann, Craig Britton, Joanne Corbaley, Michael Dadasovich, Catherine Erickson, Catherine Fasciato, Terry Hughes, Susan Johnson, Marshall Lockman, Dixie Mohan, Pat Ryll, Iris Sabre, Doug Simon, and Sue Wilson—some of whom join with other “Outsider” artists to work together onsite as part of the informally named Da Group—would no doubt agree. Working on location outdoors, en plein air, like the Impressionists, no longer shocks anyone as in Manet’s and Monet’s day, but the direct working process still yields vibrant spontaneous works that capture the sensations of site, weather and lighting—and of being in the artist’s head, seeing, reacting and transcribing. While the works of all of BPAG’s artist-members are always on view, one artist is granted a larger show each month.

August’s featured artist is Craig Britton. Born in Chicago in 1955, Britton earned a BFA from The Art Academy of Cincinnati in 1994 and, four years later, an MFA from the Pennsylvania Academy of the Fine Arts in Philadelphia, one of the first and finest art schools and art museums in the country. After acquiring such a “traditional, classical” grounding, in Britton’s words, and after a PAFA teaching stint, it was of course inevitable that the artist should eventually find his way to free-wheeling California, alighting first in San Pedro and San Francisco before finally settling in Crockett, where he now lives and works, bringing to the local landscape his “eye for primary color applied with a knowing hand and eye-catching brush texture (Cincinnati art critic Fran Watson).” Britton is enthusiastic about California famed light: “It’s clearer, it’s brilliant and has a color. Especially near the Pacific Ocean it has that golden color … the colors here are more vivid all year long.” Fifteen of Britton’s light-filled oils on canvas are interspersed throughout the cozy, charming gallery.

Included are picturesque views of untrammeled nature that Impressionism-lovers will connect to Monet, one of Britton’s early heroes (along with Courbet, Sargent, Van Gogh, Velasquez and Whistler). Sonoma Creek – Glen Ellen, despite its bucolic subject, is tightly composed, depicting three vertical tree trunks perched at water’s edge, enclosed by leafy brush, touched by late-afternoon sunshine, and reflected, diffusely, in shadows on the water surface. Trailhead Martinez invites the viewer to amble down its winding foreground path through a sunlit meadow into the shade of trees below a steep hillside traversed by diagonal trails or roads. The balanced, gliding diagonal forms of foliage and flowers in Wild Mustard suggest change and harmony as the underlying fundamental principles of nature. Poppies and Lupines, however, with its tall vertical format takes a slightly more expressionistic approach, with the overhead foliage congealing into restless energy patterns suggesting Ryder and Pollock, and an unsettling, ambiguous topography.

Britton examines the modern world, too, as the Impressionists did (to the dismay of Parisian audiences expecting classical nudity.) In Benicia Palms, we look down onto asphalt, trees, parked vehicles and the corners of buildings, the unprepossessing subjects lit by golden afternoon sunlight from the hills above. Wiggly Water finds beauty in the geometry of boat hulls and the patterning of rippled water, while Plywood Boat is a portrait of stolid strength, marine-style—and possibly of its owner, if you discern a comic anthropomorphism at play here. It’s easy to do that as well with the punningly entitled Auto Portrait paintings of parked cars (autoportrait is French for self-portrait) awaiting owners. Similarly imbued with pathos and humor are At The Nantucket, with its stained, dilapidated building tilted askew, as if bobbing, or sliding beneath the surrounding waves like the Titanic, and Joy’s Yard, with its small dry-docked boat—a beached, floundering, gasping fish.

Despite his grounding in realism, Britton finds himself increasingly drawn to abstraction nowadays—to making paintings “about something” as well as just “of something;” to using the visual elements of “rhythm and mass, light and shadow and proportion and movement” to communicate the emotion that he felt while working, “in the zone … overwhelmed” by the visual richness of his subject, and by his ideas and sensations—becoming, in a sense, a surprised onlooker as the work creates itself. 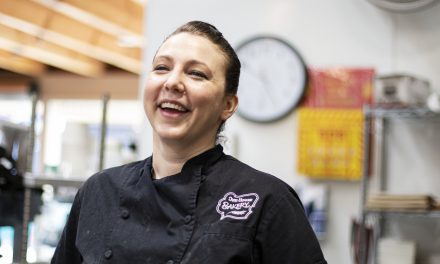 One House Bakery: A story of Perseverance 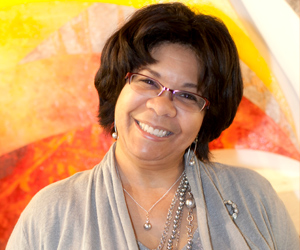 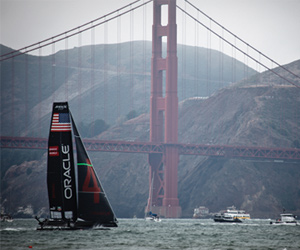 Summer Fairs And Festivals Around The Bay