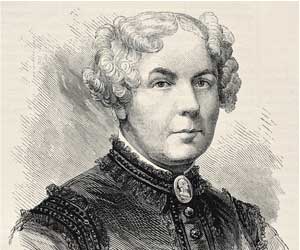 Suffrage: The right to vote in political elections (Google).

October 10, 2011 marks the 100th anniversary of California women winning the right to vote; nine years ahead of the 19th Amendment to the US Constitution, prohibiting any US citizen the right to vote based on sex. It was ratified August 18, 1920. California was the sixth state to win the vote. Women suffragists and the men who supported them waged an 8-month long campaign, which narrowly passed in California, with San Francisco leading the opposition. Western states were the first to embrace what was then considered a radical political position. In the late 1800’s and early 1900’s, it was a widely held belief that a woman’s place was in the home, and that women had no place in politics.

The League of Women Voters of California has designated 2011 as the Centennial of this Right to Vote, and charged each community to commemorate this historic event with special activities. Up and down the state, commemorative events are planned, honoring suffragists, holding discussions about women’s rights, gender equality, social and legal equality and other issues.

The League of Women Voters Benicia, the American Association of University Women Vallejo/Benicia, Soroptimist of Benicia and representatives from the Benicia Unified School District and Benicia Historical Society are hosting a series of fall events to mark this momentous anniversary.

The first event was held September 10 at the Benicia Community Center. On Tuesday, October 11 at 7pm, living history presentations by high school students will introduce the leaders of the suffrage movement in California. The event will take place at the Benicia Public Library.

On Saturday, November 19 at 10am, there will be a program and speakers to be announced, also at the Benicia Public Library.