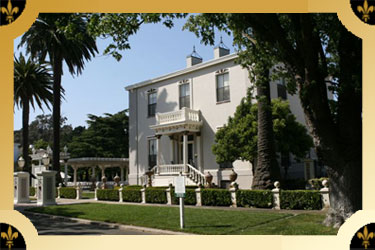 On Sunday afternoon, 12:30 – 5:30, September 12th, the California Heritage Council, the state’s first and oldest non-profit preservation organization, will be celebrating Benicia Arsenal’s contribution to the nation and the efforts underway to preserve its National Register districts and core character, given the challenges posed by future development plans and environmental restoration. The event is being hosted by Reed Robbins at the Jefferson Street Mansion, which is the former Captain’s Quarters, built in 1861, located along Officers’ Row in the Arsenal’s Civil War era National Register District. Reed is a vice president on the CHC’s board of directors and has organized this special event to provide the organization’s membership, invited guests and the public (see below for info about reservations) to take a closer look at the Arsenal to appreciate it as a place of living, dynamic history at a crossroads.

The afternoon will begin with a catered luncheon, followed by three speakers who will offer wide-angled perspectives on Benicia Arsenal: its 117-year history serving the national interest, from earliest days of California statehood, through major 20th c wars, through its closing in 1964; its present and future prospects as the industrial/commericial/cultural heart of Benicia; and the challenges of preservation, with respect to various visions for development and environmental restoration, which was called for unanimously by the City Council in February of this year in order to resolve sticking issues of residual contamination and Army liability that continue to restrain development prospects.

Gary Widman – former US Army Lieutenant from 1957 to 1959; Professor, UC Hastings College of Law; former White House General Counsel of the Council on Environmental Quality; also Associate Solicitor for Conservation and Wildlife, at the Interior Dept; private practice in Wash. DC with Fulbright and Jaworski and in San Francisco, with Bronson, Bronson & McKinnon; Chief Counsel for Calif. State Dept. of Parks and Recreation and the Office of Historic Preservation; retired; President of the Presidio Historical Association which has been fighting to save the Presidio from the Presidio Trust that now manages the Presidio.

Following the presentations, the Benicia Historical Society will give a guided tour of the City’s proudly restored Commanding Officer’s Quarters, built in 1860. A final reception with beverages and hors d’oeuvres served at the Jefferson Street Mansion will round out the celebration and give everyone a chance to mingle and enjoy the views from Officers’ Row at its most beautiful time as evening approaches.

The event is intended to provide opportunity for informal conversation and to promote public/private collaboration to achieve legacy goals for preservation, environmental cleanup and sustainable economic development. Achieving success in all three areas will benefit property owners, current and future businesses, and provide employment that will benefit the City of Benicia, Solano County and the Carquinez region generally.

Invitations have been sent to all CHC members as well as invited guests.

The public is invited to attend by reservation. Reservations need to be made no later than Sept 7th. Payment is required in advance by Sept 7th, by check for $40.00, payable to "Jefferson Street Mansion". Please call JSM at 707-746-0684 if you want to attend, need further information or to reserve a ticket.