Birds of a Feather Flock to Fashion 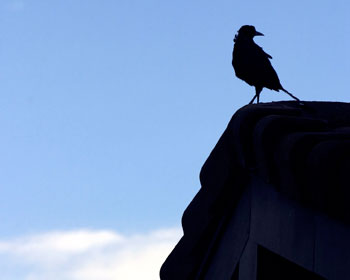 Alfred Hitchcock’s The Birds came out in 1963, and was considered the modern thriller of the era. Filmed in neighboring Bodega Bay and San Francisco, it was interpreted many ways, from apocalyptic to Freudian. The lead female role was given to professional model Tippi Hedren. Hedron continued Hitchcock’s vision of the cool, beautiful blond heroine, following the likes of Grace Kelly, Kim Novac and Janet Leigh.

When I was finally allowed to see the film several years after it was released, besides being really scared (I am terrified of birds), I remember Hedron (Melanie) and her clothes. Famed costume designer Edith Head created a wardrobe that was reflective of the early ’60s, which, in 2010, we refer to as the Mad Men look. The clothes were impeccably tailored with structured suiting and neutral colors. My favorite outfit was the full-length beige mink coat over a simple green dress that she wore to Bodega Bay to surprise Rod Taylor (Mitch) with a pair of love birds. Her dress matched the love bird’s green feathers. It was completely out of place in Bodega Bay, especially while attempting to gracefully enter a rented motorboat. Her elegant, French twisted platinum blonde hair and flawless make-up complemented her cool early 60’s look.

Benicia has its share of birds—the Canadian geese that gather at the First Street Green, turkey vultures at the marina and the distinctive white pelicans that gather on rocks at the First Street shoreline. There is even an event called the Benicia Christmas Bird Count, established in 1930 by Benician Emerson Stoner. Birds within a specified radius in a 24 hour time period are tallied. It will be held this year on Monday, December 20, and is coordinated by the Napa—Solano Audubon Society. A few years ago they counted 172 species and 89,005 birds!

This past spring a few of those birds decided to nest in a metal dress-form planter. The sculpture must have resembled a bird house to the expecting parents. Jasmine vines that had grown around the form created a floral armor of protection for the bird family. We watched the birds gathering paper and sticks, flying in and out while creating their home. Then came the eggs and the baby birds; and suddenly it was like watching scenes from the Hitchcock movie. The adult birds began attacking anyone who got close to the planter, literally flying into the heads of men, women and children, creating havoc on First Street. Since the birds are protected by law, we were unable to stop their advances and resorted to our own head-covering armor. Hat sales were brisk, especially for staff and our regular customers! I was fortunate enough to stay clear of their advances, resorting to carrying an umbrella around the attack zone.

Finally the bird family flew the coup and we eradicated all signs of bird activity. The next morning during my daily walk, I gave a sigh of relief. I could now walk by the Treasury Commons without wearing a hat or carrying an umbrella and worrying about being terrorized. Just past the building, I reached down to pick up some trash, and out of the sky came a bird that hit me in the head twice. It was as if it knew that I was the one that had removed its home. I decided the best response was to run, like Melanie in the movie, and not look back.

This season, birds are a strong theme in fashion. Many fashion designers are using feathers as accessories for earrings, collars and adornment on clothing. After observing and enduring the bird invasion I am more appreciative of the beauty of these winged creatures, not only because they have soaring grace and colorful feathers, but also for their protective nature. As far as the dress-form in the planter is concerned, it will be fully sealed by the end of the winter, just in case there is a return of the Birds of Benicia. 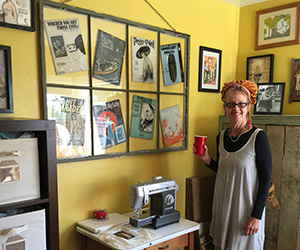 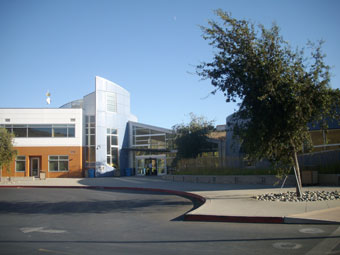