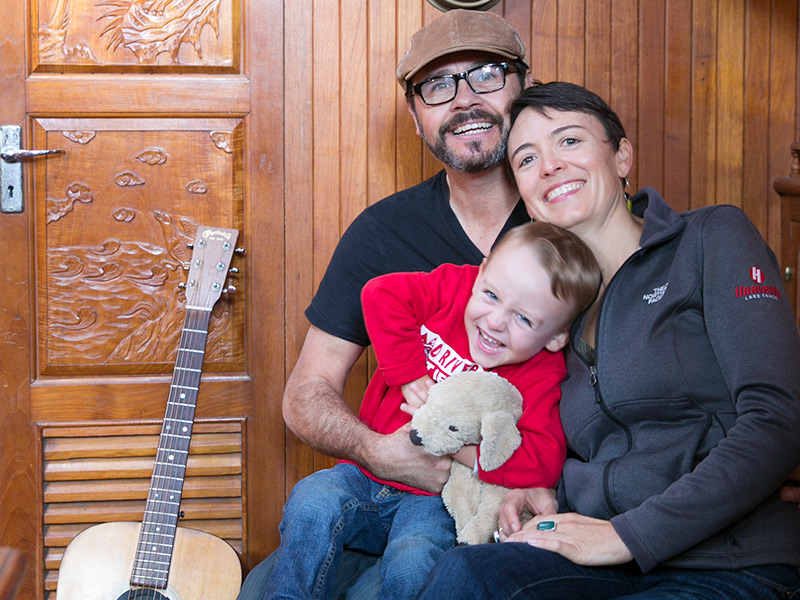 Elan Laporte grew up as one of 10 siblings in a small town outside of Montreal, called Beloeil (“Beautiful Eye”), where his family farmed beets. He’s the lead guitarist in the up-and-coming local band Bodhi Shrugs, which he formed with his buddy, Graham Day, back in 1995 when the two were working at Club Med in the Dominican Republic. Most of the band members now live in Benicia, and Elan has made a home here with his soul mate Emily and their 3 year-old son Dylan in a 41-foot sailboat named Cumara, that’s anchored in the Benicia marina.

The band’s name, Bodhi Shrugs, is a reference to Bodhisattva, the enlightened one, shrugging his shoulders at the world in bewilderment. Elan is not a practicing Buddhist, but he chooses the simple life of a boat dweller. He and his family are “live-a-boards” rather than “cruisers,” but he likes knowing they are free to set sail any time on Cumara (“Sea Hound” in Gaelic).

Having always been a free spirit, Elan spent his youth trying to escape the Montreal winters.  On a whim in 1992, he purchased a ticket to the Dominican Republic and showed up at Club Med with his guitar. “I had enough money to stay a week if they didn’t hire me,” he says. They put him to work that day building theater sets for Kids Corner and playing guitar. After that, he traveled for ten years with Club Med to Florida, Mexico, the Bahamas, and he says it’s where he paid his dues as a performer.

“The hotels were always full and we played for hours every night for years. We were thrown into the fire,” says Elan. “To this day, that experience has made us better musicians, and more comfortable as entertainers. Club Med gave us that.”

These days, Elan builds sets for Graham’s production company in the Benicia arsenal called Trapeze World, that does major corporate events, and by night he is dedicated to his music. “Guitar is easy to learn and very difficult to master,” he says. “I’m still working at it every day.”

Bodhi Shrugs recently produced their debut album Wherever We Roam, with all original melodies, composed and arranged by Elan, with song lyrics by Graham. The five-member band is rising to local fame, getting lots of radio coverage, and playing at Lucca’s in downtown Benicia, at Armando’s in Martinez and at Silos in Napa (coming up January 26), thanks to their new manager, Marty Duvall.

According to their website, Bodhi Shrugs likes to perform fat horn riffs, funky bass lines and foot stomping rhythms with lyrics that tell stories—and above all—music that makes you want to move. But young Dylan declares, while playing with his oversized Legos on the floor of their cozy hardwood teak cabin, his favorite song on the new album is “Lolan” because it was co-written by his daddy just for him and Graham’s son Logan. Now that’s moving. 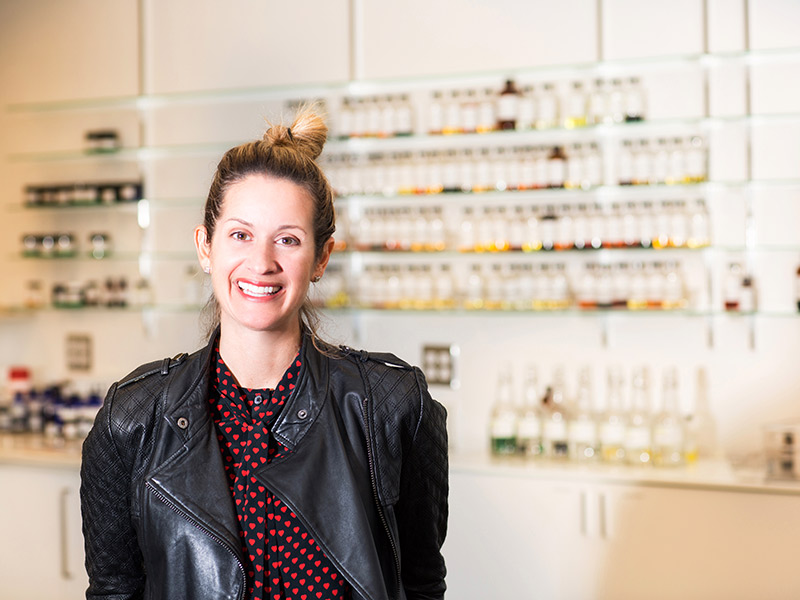 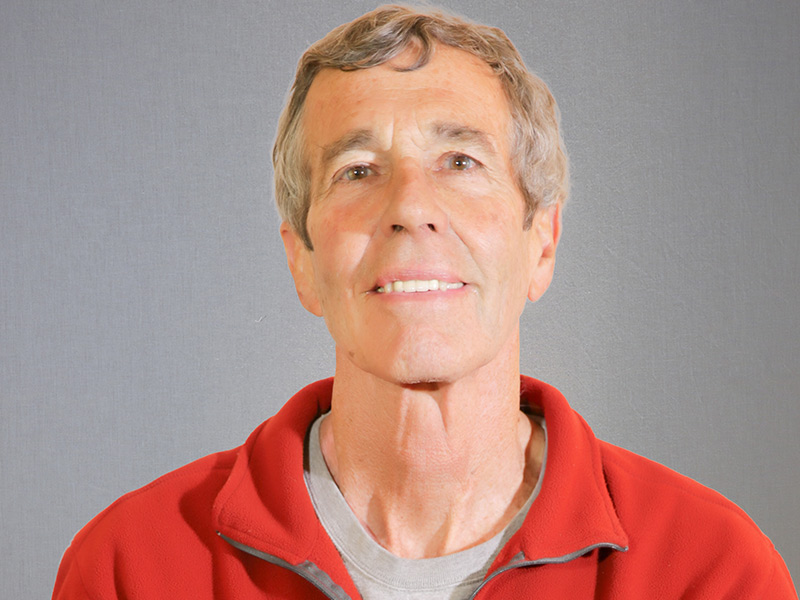