History, Lore & Benicia Activities
Rooted in an ancient holiday, Halloween today is more about candy, costumes, chills and thrills. But remnants of the Celtic rituals can be found mingling with the prevailing customs, even the call of “trick or treat.” Long ago, the Gaelic festival of Samhain marked the end of the harvest season. The Celts believed the night was a bridge to the world of the dead, and gifts or treats were left out to pacify unfriendly spirits that roamed around in darkness. In Benicia, no actual fiends or ghouls are likely to be found on Halloween, but there will be lots of family-friendly, safe fun for people all ages. In downtown Benicia, local merchants and others pitch in to offer a taste of the season, some spine-tingling fun, plus the chance to encounter ghosts during downtown Ghost Walks. Benicia Main Street is at the forefront, staging numerous events in October. “We’re very excited about it this year. We seem to grow the Halloween festivities every October,” said Main Street Executive Director Nancy Martinez.

October and Halloween fun starts out with the annual Scarecrow Contest, open to both businesses and residents. The contest is highly competitive amongst participating merchants, whose owners or employees go all out to have the most creative scarecrows. Walk down First Street and chances are you’ll see examples of all styles and varieties in storefronts and other areas. Many restaurants get in on the action, modeling scarecrows after the owners, said Martinez. One year, the Benicia Police Department created a prisoner in black-and-white with a ball and chain around his neck, and the Benicia Fire Department had its scarecrow on a fire ladder. A cadre of mystery judges casts votes for the best displays, while members of the public can pick their favorites, too. Ballots are available at the Main Street booth at Thursday’s farmers market. Halloween excitement mounts as the usually benign Southern Pacific Railroad Depot at the foot of First Street becomes a different kind of place altogether. As the “Haunted Depot,” the old railroad freight room transports children and adults to an eerie place of ghosts and ghouls. “The Depot is a perfect venue because it can be a little spooky,” she said. Rumor has it that it may even be haunted. Many helpers, including high school students and business owners, decorate and play scary creatures. An entrance fee offsets insurance costs, and a canned food donation for needy families cuts the price in half. The Haunted Depot is offered Oct. 21, 22, 23, 28, 29, 30 and 31.

Almost two weeks before Halloween, people strolling on First Street may encounter small bands of costumed visitors in bloody bandages with one foot in the grave. Their grim clothing is all for fun. They’ll be taking part in Benicia Main Street’s Zombie Brew Crawl, 2-6pm on Saturday, Oct. 15 on First Street. Costumes are not required but they add much to the ambience. The afternoon is all about the small craft beer offered to sample inside local businesses. Tickets are $25 in advance and $35 the day of the event. Participants get 17 three-ounce pours of diverse brews in 17 locations.

While the Zombie Brew Crawl is adults-only, kids rule the day in the annual Halloween Costume Contest and Sidewalk Stroll. This year the parade starts 10am, Saturday, Oct. 22 on First Street. “It’s been going on at least 20 years and there’s no cost—everyone just kind of shows up. It’s held downtown at City Park on First and K streets. At 9:45am the place will be deserted, and then five minutes later the park is full,” Martinez said. Shop owners open early and hand out candy as children advance towards the waterfront. At noon the Canine & Critter Costume Contest unfolds on the First Street Green with treats and awards.

Trunk or Treat
Plenty of treats will also be on hand during the annual Trunk or Treat extravaganza, 6:15-8:15pm Halloween night at Benicia High School. This highly successful event was launched to promote community and offer a safe place to trick-or-treat. Sponsored by Northgate Christian Fellowship, the event is free and open to everyone. Participating adults go all-out to decorate their vehicles and candy is handed out from the trunks. Northgate Executive Pastor Larry Davis said between 12,000 and 25,000 people participate, and 3 ½ tons of candy is given out each year. There’s also live music, a food truck, photo booth, carnival rides, costume contest, clowns and performers.  “People love it. The biggest surprise people have is that it’s free, and the second biggest surprise is that’s it’s a local faith community putting it on and that it’s on Halloween night. It’s always free. It’s a service we do to support the community,” Davis said. Likewise, Main Street’s Martinez said the downtown Halloween-inspired events are a gift they sponsor for the community. 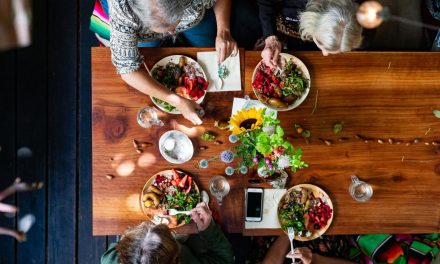 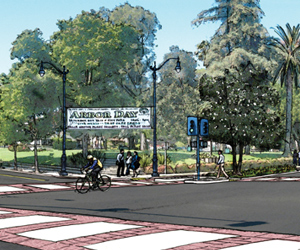