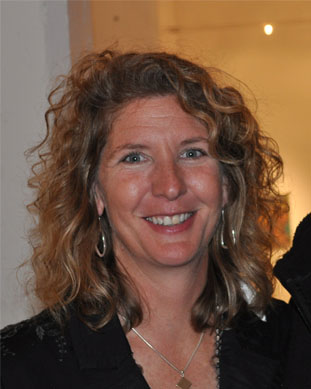 If you don’t know Benicia’s Joey Baker, you will soon. She is leading the charge for a parcel tax ballot measure that would secure an additional funding source for Benicia Unified School District. Six years ago, Joey blasted into town ready to roll up her sleeves and jump into community service with a vengeance. Within a year of arriving from Chicago with her husband and two small children, she was instrumental in resurrecting the dormant Benicia Education Foundation in order to ensure a reliable funding source for extras that Benicia Unified School District couldn’t afford.

Once her stint as president of the foundation came to a close, she directed her considerable energies into doing the behind-the-scenes work in bringing about a proposed parcel tax to help offset state budget cuts to our schools. Measure C, the third such attempt at securing additional funding via a $58 annual parcel tax is now underway. Retired police Chief Jim Trimble and retired Mary Farmar Elementary Principal Susan Sullivan are helping steer the campaign to victory. The first parcel tax attempt in 2004 failed, just 200 votes shy of the 66.6% passage threshold. The second attempt, with a high price tag of over $300, didn’t come close.

Measure C, with Joey’s passion and energy behind it, has a good chance of success. Benicia residents, according to a recent feasibility survey conducted by BUSD, would support an annual property tax increase in the amount of $58, which would bring in around $500,000 per year to BUSD. It would not make up for the millions of dollars in recent state funding cuts, but it would help BUSD meet some of the critical needs of the district.

Measure C’s supporter endorsers include elected officials, parents, community members and teachers and is gathering steam that the committee hopes will put the measure over the top. For the details of what the tax would pay for and other important information about Measure C, visit www.supportbeniciaschools.com.