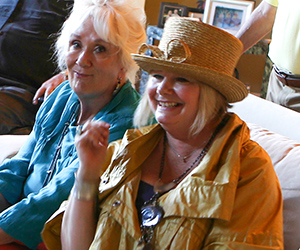 On June 19, the Benicia Library Foundation held a fundraising reception, fittingly, at the home of Scott and Christina Strawbridge, who live in the library’s former location on G Street in downtown Benicia. The event was held in honor of the “new” Benicia Public Library’s 20th anniversary at the Civic Center complex.

As locals mingled, wine and hors d’oeuvres were served, and Martha Ann Francisca Vallejo-McGettigan, the great, great granddaughter of our city’s namesake, Doña Francisca Benicia Vallejo, was on hand to speak. The event proved to be a success, raising approximately $3,000 for the library.

was insufficient to continue to meet the needs of a growing population, and on June 19, 1993, the library moved to its current location at 150 East L Street.

At 23,000 square feet, the library is a hub of activity. We are fortunate to have such an architecturally and aesthetically beautiful space in which to peruse the volumes or sit and read. In addition to its extensive print and digital collections (over 123,000 items), the library also offers many programs for children and adults, and houses an art gallery with rotating exhibits. "Our primary goal is to create high customer satisfaction, leading to ongoing use of the library by our residents," says Library Director Diane Smikahl.

Library Patrons can access the Library catalog 24-hours a day via the Solano, Napa and Partners Library Consortium (SNAP) web page at www.snap.lib.ca.us. 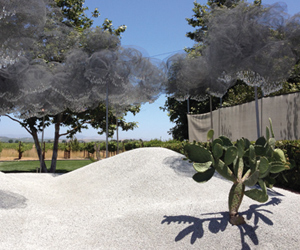