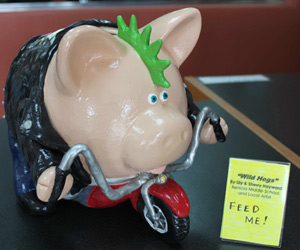 They lurk all over Benicia, their little piggy selves in disguise. They adorn themselves in flowers, computer equipment, and even hippie garb. But Benicians in the know easily spot them in shops around town. And when one of these picturesque hand-painted piggy banks is spied, it offers generous hearts the chance to support area schools through a donation to the Benicia Education Foundation (BEF).

The foundation’s third annual Parade of Pigs for Kids fundraiser marches on. Nearly twenty large, ceramic piggy banks, all whimsically decorated by prominent local artists and talented students, have been displayed in local business and collecting donations in recent weeks. But now, from May 1st through May 17th, they will all be gathered at Artcentric Studios on First Street for public viewing and initial auction bidding. On May 17, during the BEF Spring Celebration, the colorful pigs will be officially auctioned off, with proceeds benefiting the BEF.

Artcentric Studios, a pottery-painting studio, donated the pigs. Then well-known local artists such as Craig Britton and Nikki Back-Davis painted the pigs in fantastical designs. Suddenly there were pigs gardening, pigs dressed to dance “Swine Lake,” and more. “It’s a really great way for artists to put their creativity out there,” says BEF President Lisa Koenen.

The general public is invited to view the pigs at Artcentric, attend the Spring Celebration, and bid in the auction. The celebration is casual, free to attend, and will include complimentary beverages and appetizers. Whether attendees can give small or large amounts, the foundation welcomes the donation.  “If people just gave twenty-five or thirty dollars, it would make such a huge difference,” Koenen says. “We have so much more room to grow.”

When: May 1st-May 17th
Early bidding and Viewing: Artcentric Studios, May 1st-17th
Final bidding and event: May 17th during the Spring Celebration, 6-8pm 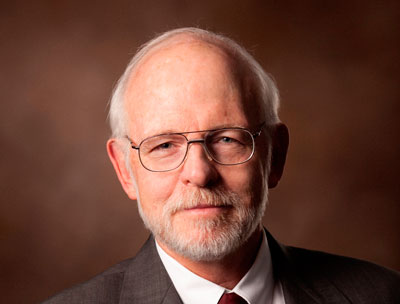 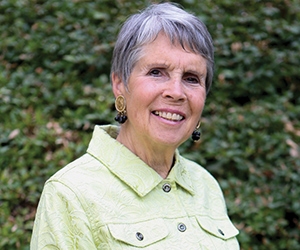 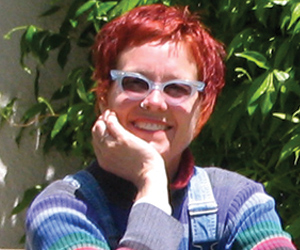