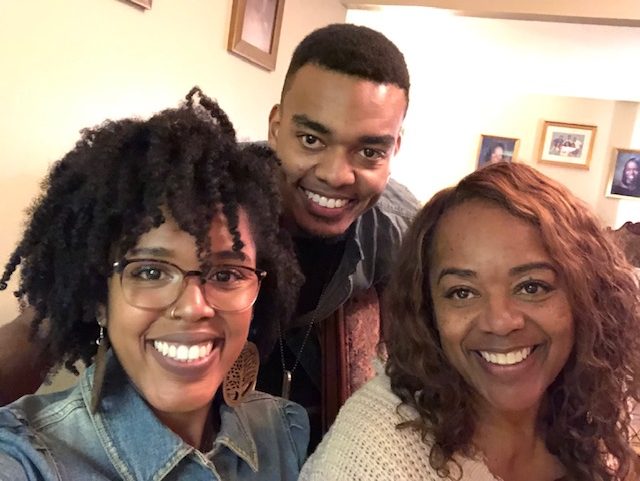 A Mother’s Love: The Foundation of Intentionality and Support

Being a parent might rank high as one of the scariest yet most rewarding jobs one can ever take on, and you only get one chance to do it right. A parent’s task is multifaceted because while instilling morals and principles within our children and keeping them healthy and safe, helping them become independent is crucial as they move into adulthood. A child’s foundation and safety are essential to their opportunity. The cost associated with parenting can be astronomical. The Bureau of Labor Statistics 2017 data estimated that the cost to raise a child from birth to age 18 is roughly $267,233.00, and that does not include college. This number considers childcare, food, healthcare, a few of the expenses, and could be considerably higher when considering unexpected costs. Becoming a parent is a life-changing experience, but many would not trade it for anything. Watching your children grow into adulthood and transition into independence can be rewarding.

Benicia resident Jacquelyn Lewis is a proud mother of two.

While both of her children, graduates of Benicia High School, are now thriving young adults, Lewis was intentional in her parenting. Lewis made an effort to cultivate her children’s qualities, having been influenced by her own mother’s wisdom: “Look at your kids as individuals and understand their characters and their unique qualities.” Lewis stated, “My mother knew I was an overachiever, and she helped me understand that it’s not always about seeing your child through their grades but also paying close attention to the teachers’ comments and seeing them as who they truly are.” Lewis shared the importance of ensuring her children were good people who treated everyone with dignity and respect. Lewis stated, “It was important for me to raise nice children and raise them in the Lord.” Lewis recalled a recent conversation she had with her daughter, who shared that she was grateful for her mother teaching her how to pray because she could console her friend’s family in a time of tragic loss. Lewis shared how important it was for her children to have a solid foundation, stating, “It is difficult to say it was just me because my relationship with the Lord and my church was instrumental in my kids’ success.”

Schooling was essential in the Lewis household.

While Lewis greatly supported their athletic skills and ability, she wanted her children to embrace their academics. Parents don’t always get the opportunity to select their child’s teacher, and Lewis recalls trying to have her children matched with the right teacher that would fit their personalities. Lewis shared, “I knew my kids weren’t just a number, and the process of how students were placed with teachers wasn’t acceptable. My kids are human beings, not just a number.” Lewis stated, “I fought every year to make sure my kids were placed with the right teacher by writing letters to the board and showing up at the schools.”

Lewis was a strong advocate for her children.

She shared that she decided to put her career on hold to be present at all of their activities. Lewis stated, “I am a good balancer. I put my career on hold by not taking the high-ranking positions because my kids were my priority, and still are.” Now that Lewis’s children have graduated from college, she is working as a high-level Executive in a local company. Lewis earned her master’s in International Business and her undergraduate degree in Business Management. “I earned my master’s when my kids were young, so they learned how to study just by watching me,” stated Lewis.

Lewis’s children are off to successful careers, working in jobs aligned with their passions.

Lewis’s daughter, Ja’Nae, earned her bachelor’s from the University of San Francisco (USF) and is now pursuing her master’s at Drexel University in Philadelphia, PA. Ja’Nae is pursuing a career as a Mental Health Counselor to work specifically with children with autism. Ja’Nae has been a dancer and trained at Stage One Dance Studio until graduating from Benicia High, and then studied dance while attending USF. Lewis shared that her daughter was one of three students selected to enter the dance program at Benicia High School as a Freshman, a spot reserved for Juniors and Seniors. Lewis’s son, John Henry Lewis III, earned a football scholarship upon graduating from Benicia High School and attended Menlo College in Atherton, later transferring to California Lutheran University and earning a Bachelor in Criminal Justice and Criminology. John completed the police academy and is now serving as a police officer in the city of Berkeley.

Lewis talked about allowing her children to choose their paths based on their interests.

While Lewis’s daughter is a professionally trained dancer of many years, she chose the course of working with students. Lewis stated that her son, John, has wanted to become a police officer since he was 11. Lewis said, “Don’t try to make your kids be what you think they should be. It is on you to help guide their organic interests.” Lewis shared, “Ja’Nae danced from the age of two, all through school, and her dream wasn’t to dance; it was to work with students differently abled. Having a son who wants to be a police officer in these troubled times is tough, but you just have to pray.” Lewis stated,” I did drill down to the why, and he said, if not me, then who.” Lewis said the quote that inspires her son is “Be the Change You Want to See.” She knows that the career path her children decided to take is what they believe they have been called to do.

Lewis shared some encouraging words for young women starting their careers and young families, stating, “Put your family first by taking positions that give you the flexibility to be engaged with your children’s activities. I never missed baseball, football, track, soccer, cheerleading or dance competitions. I was the taxi driver for my kids and never let them quit.” Lewis shared that it was important for her children to finish the activities they started. Lewis stated, “You have to be a finisher, and I don’t raise quitters. You don’t have to do it for the rest of your lives, but you can do it for three to six months, however long it takes; but you will finish.”

Lewis shared that her greatest joy was watching her children graduate from college in four years and spending time with her family and friends. After 39 years of service as a Director of Operations, Lewis is looking forward to retiring, working in the community, mentoring young women, traveling, and having grandchildren in the near future. 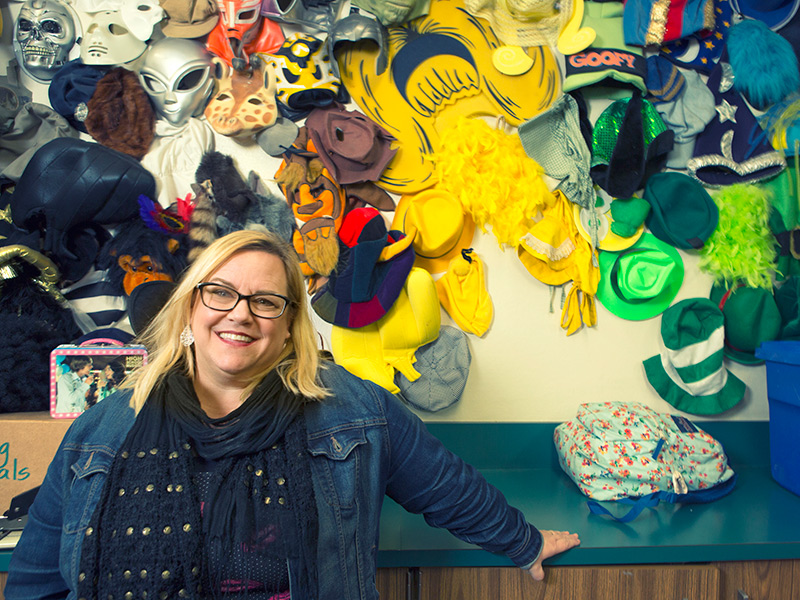 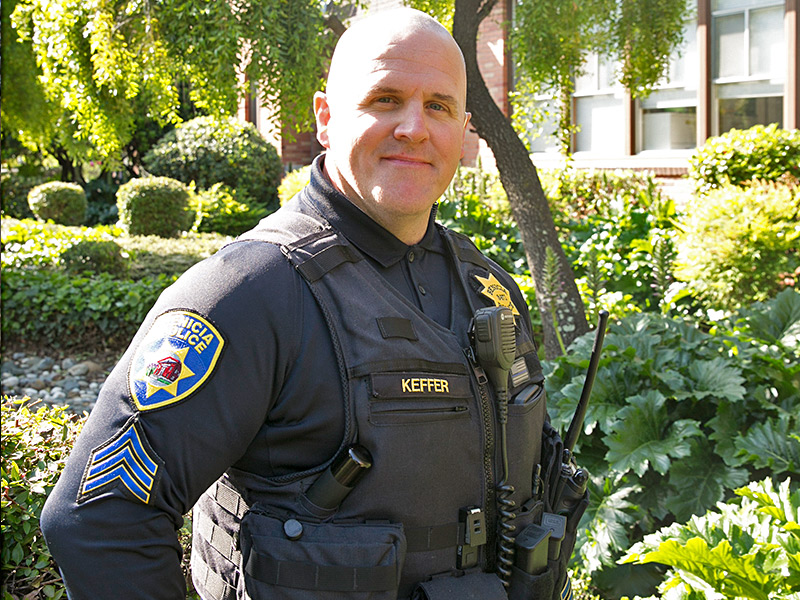 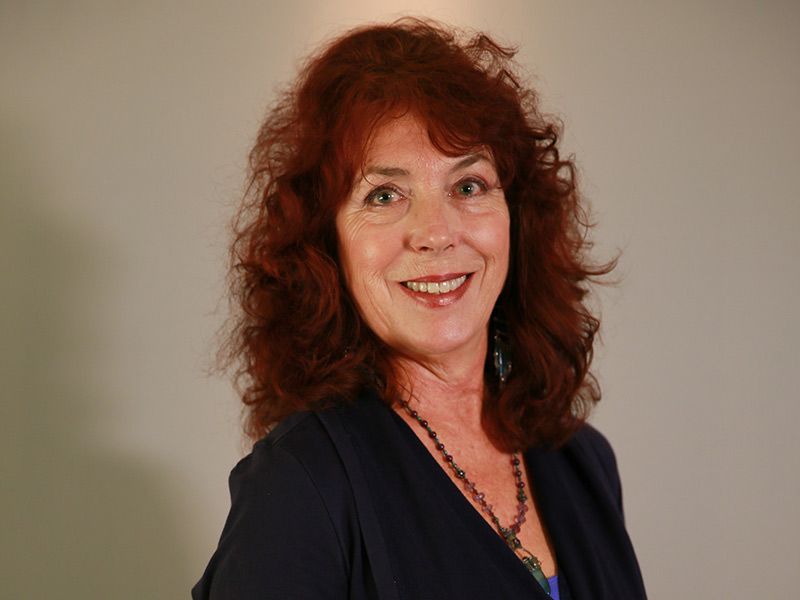 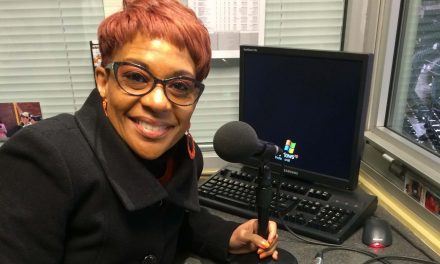