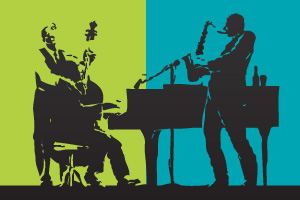 For those looking to beat the summer heat without air-conditioning and see top rate entertainment without leaving town, there’s a festival for you on the way and it’s humming a merry tune.

Falling on what promises to be a sizzling late-July weekend, the Benicia Fine Arts and Jazz Festival is the third installment of what Benicia Main Street hopes will become a cherished annual tradition and the organization’s signature fundraising event.

The festival, running July 24-25, will be held on the wide swath of land running from the First Street Green to the end of the pier, and features a juried marketplace for local artists, a wine and beer garden, and several stalwarts of the Bay Area Jazz scene.

The festival was developed out of the now defunct Benicia Waterfront Festival. Though the Waterfront Festival was an incredibly popular and profitable event, members of Benicia Main Street felt its emphasis on microbrews and twenty-somethings left out older and younger demographics; and the organization decided to take a year off to consider models with a wider appeal.

“We wanted a sit ‘n’ sip environment,” says Benicia Main Street’s executive director Nancy Martinez, rather than a raucous summertime party. After finding inspiration in Sausalito’s “Jazz and Blues by the Bay,” they contracted local saxophonist Bryan Girard to book something similar.

He did so with distinction. Last year’s well-attended festival featured, among other distinguished performers, a three-time Grammy nominee, a former Kennedy Center Jazz Ambassador to Africa, and, for the locals, a bandleader who was a former Benicia High School Teacher of the Year.

This year the lineup is arguably more prestigious, and despite the performer’s bay area zip codes, global in its scope. San Francisco group Rue Manouce plays Gypsy Jazz and sings in French; Oakland’s Machina Sol blend jazz with Afro-Cuban music, and Peter Anastos and Iter play straight-ahead jazz, traditional Greek songs and an exciting style that combines both traditions. But that’s not to say that the American jazz canon is getting short shrift: there are two world-class contralto female vocalists (Denise Perrier and Maye Callaro, respectively) singing original compositions and standards from the American songbook, and the festival concludes with a swinging performance by sixteen-piece big band The Contemporary Jazz Orchestra.

Despite such rich variety, however, jazz can be a nebulous concept. For every devotee intrigued by a sentence like, “The motif supports the melody, voiced in tandem by trumpet and tenor, setting up a walking bass section that slows through a lope under a stretched out melody line, back to the guitar-bass motif*,” there are four or five people who can regard it only with blinks. Even Ms. Martinez initially felt unsure about the musical direction, but has enjoyed herself immensely at each festival. “Keep an open mind,” says Martinez, “jazz is for everybody.”

Girard, who will be the emcee for the festival, wholeheartedly agrees. “It’s really accessible music,” he says. For those experiencing live jazz for the first time, he particularly recommends the funky, bluesy opening act Algorhythm, as well as the two vocalists. For those needing a refresher on the history of the genre, he suggests Ken Burn’s “Jazz.”

Still, Girard feels the festival would not be a success if it didn’t please the specialist as well. “Being a musician myself, I take the booking very seriously,” he says; and he feels he booked “nine of the top groups in the Bay Area.” He notes that featured group Erik Jekabson Quintet has been playing shows at prominent venues in New York City, still the regnant center of the modern jazz universe.

And with the amazing talent packed into the festival, there’s a fine chance that some of the festival-goers might arrive curious amateurs and hear something that inspires them to learn everything they can about jazz—or to start playing it themselves. Girard’s own passion for jazz was incited by a single recording, alto-saxophonist Cannonball Adderley’s “Sack O’ Woe,” a song he heard as an adolescent and describes as a revelation; it inspired him to trade in his clarinet for his own sax. His group, The Bryan Girard quartet, performed last year, and this year in addition to his duties as an emcee he plans to take the stage with Peter Anastos and Iter.

For those looking to complement the musical medley with something cool and flavorful, there will be a wine and beer garden on premises. Food and drinks will be served primarily by volunteers, and those looking to pitch in can contribute two hours of service in exchange for free admission. Those looking to do so are encouraged to contact Nancy Martinez at 707.745.9791.

Arts collectors and casual shoppers will have an array of locally produced works to consider from the juried selection of pieces. For the kids, as well as the young at heart, the festival boasts a “Kiddie Korner” where attendees can experiment with painting, make their own jewelry, and try their hand at a printing press to be installed and operated by members of Arts Benicia. In addition, there will be a small stage on the pier featuring various types of live entertainment in between the main acts.

And as if all this wasn’t enough, the festival takes place on the lovely waterfront promenade, which, even on an off day, features a calming breeze, affords a fantastic view of the water and the sunset, and bustles with human activity. And, with weekend passes priced at twelve dollars, everything’s available for about the cost of a movie ticket.

“Where else can you pay eight dollars for a full day of entertainment?” asks Nancy Martinez.

The event does end a bit early for night owls—8 p.m. on Saturday and 6 p.m. on Sunday—but those looking to continue the festivities are encouraged to visit the First Street bars and restaurants preparing for the event. Don’t be intimidated by a large crowd—the servers will be jazzed to see you.

*The quote is from a review by Phil DiPietro that appeared in the online magazine All That Jazz. 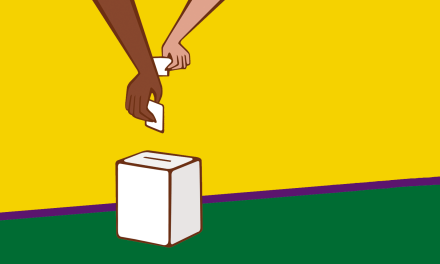